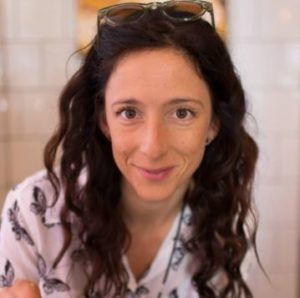 Monica Mosseri is best known as the wife of Instagram head Adam Mosseri. They have been together for over 10 years and married for nearly eight years (as of 29 July 2021).

Scroll down this Monica Mosseri Wiki to learn more about Adam Mosseri’s wife.

More From Us: Ilona Maher Boyfriend, Parents, Ethnicity, Net Worth

Plus, one of her FB friends wished her a birthday in December.

Monica Mosseri (maiden name Walsh) was born to her father John Walsh and her mother Linda Rezendes Walsh in her hometown of Milton, Massachusetts. She is very private about divulging details on her parents.

Her father, John appeared a few times on her socials. But, she never went into details regarding her father’s education and his job. But, he seems retired and hasn’t spared much detail.

As for her mother, Linda was born to Belmira Rezendes and Joseph Rezendes. Linda lost her mother on 4 January 2011. She had a sister named Vivian Kuss and a brother named Joseph Al Rezendes of Fall River.

Talking about siblings, Monia grew up with three sisters. Her sister Meaghen Walsh attended The Rivers School followed by the University of Miami. Furthermore, she studied Culinary Arts at Le Cordon Bleu. Another sister Maureen Walsh lives in New York. Last but not least is her sister Maryellen Walsh.

On Instagram, Monica Mosseri goes by the name (@monicajwalsh). The platform garnered her 833 posts in total. Furthermore, she had 581 posts until 29th July 2021 on the platform, but, she kept the account private.

Moreover, Monica was also on Facebook where she had 1786 people following her.

Immediately after college graduation, Monica Mosseri started her career in Williams Sonoma Inc. as Order Management Specialist in 2005. Two years after, she quit her job from the company in 2007.

After that, she joined Facebook as User Operations Specialist in 2007. A year later, Monica was promoted to Platform Operations Associate in March 2009. Then she became Platform Operations Team Lead in March 2010. Monica worked in that position for 2 years and four-month before she took on the role of Product Partnerships Manager. Monica quit her job at Facebook in June 2014.

From August of 2015, Monica co-founded and started serving as CEO of Me & Mo Food. According to her Facebook, Me & Mo Food “is a meal subscription service in San Francisco launching in the Fall. We will be providing organic ready-made meals each week from breakfast, snacks to dinners made with local and fresh ingredients and delivered right to your fridge.

The goal of the company is to make the process of eating healthier seamless for you by providing the right amount of nutrients in each meal while tasting great.”

Monica ran the company for only a little above 1 year. Furthermore, in March of 2017, she became a business partner of Geremia Design.

According to her LinkedIn: “Geremia Design is a full-service design studio that creates signature spaces through custom interiors and art curation. The team is comprised of individuals with comprehension in the fields of architecture, furniture design, industrial design, and art.

The team’s collective skills and versatility as a company, enable the company the opportunity to work across hospitality, retail, commercial and residential spaces.”

Monica Mosseri attended high school and after graduation, she enrolled at George Washington University. She earned her bachelor’s degree in business and marketing in 2005.

Adam and Monica Mosseri were together for at least 14 years as of 2021. He was mentioned for the first time on Monica’s socials in 2007. After dating for over 5 years, the couple got married in 2013. Talking about their wedding, they had nearly 100 friends and family over to celebrate their big day.

They seemed to have an outdoor wedding where they organized a reception under a tent filled with lights. The bride had a beautiful lace gown on with light peach color with a print of flowers.

The married couple lives in San Francisco with their kids: Elio, Nico, and Blaise. 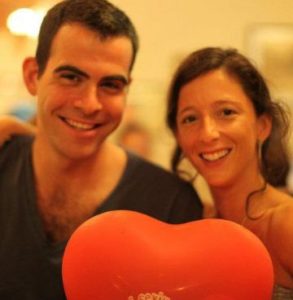 Talking about Monica’s husband, Adam Mosseri, is an Instagram head who was born and raised in Chappaqua, New York. He enrolled at and graduated from New York University’s Gallatin School of Interdisciplinary Study where he majored in information design and media.

Adam started his career by designing websites to pay rent. While in the university, he founded his own design firm Blank Mosseri. In 2005, he graduated from NYU and moved out to San Francisco to work out of his design firm’s West Coast office.

He created a music-sharing app called Boombox, which promptly got shut down. But it caught the attention of Facebook. He took a job as an adjunct professor at the Academy of Art University in San Francisco.

Adam stayed in the university for only one academic year. Then he joined a live-video startup called TokBox as its first product designer. Then he joined Facebook and even became a close confidant to Facebook founder Mark Zuckerberg. In 2018, he took over as Instagram’s VP of product.