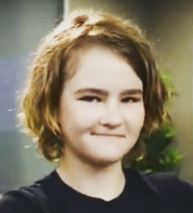 If there ever was one living embodiment of a physically impaired person punching above their weight and achieving great success, it must be Millicent Simmonds. What the actress achieved at such a young age in spite of being deaf is unparalleled.

Read this article to know more about the deaf actress’ inspiring bio, including information about her parents and birthday.

Millicent Simmonds was born to American parents in the state of Utah. On 6 March 2019, Millicent celebrated her sixteenth birthday. During her childhood, she shared a very strong bond with her parents, especially her mother, Emily Simmonds.

Thanks to her cochlear implant, a neuroprosthetic device that helps people with hearing disabilities to get the modified sense of sound, Millicent used to hear music. Red Hot Chilli Peppers and Father John Misty were her favorite music artists.

Millicent attended Jean Massieu School of the Deaf from the age of three and she got the bug of acting from that early age. She also performed at the Utah Shakespeare Festival and acted in a short film called Color the World before being cast in her big break Wonderstruck.

While Millicent Simmonds wasn’t born deaf, she lost her hearing when she was just over one year of age due to medication overdose. However, her parents were a great support for her while growing up without hearing. The entire Simmonds family learned the sign language to communicate with her.

However, her hearing disability never seemed to deter her dream to act. The first movie Millicent did was in Young-Adult mystery drama movie Wonderstruck as a young deaf girl called Rose.

However, Millicent’s most successful movie to date is John Krasinski and Emily Blunt starer A Quiet Place, where she played Regan Abbott, a deaf child to Krasinski and Blunt’s Abbott family. In 2019, she was cast to reprise her role in the sequel called A Quiet Place: Part II.

Apart from the big movies, Millicent has also played in a few TVsShows, the most popular of which is Disney Channel‘s comedy-drama TV Show called Andy Mick. In 2019, she was also cast to play Freeform‘s new TV Show called Close Up.

Up until January 2020, Millicent Simmonds hadn’t unveil anyone as her boyfriend. More importantly, the young actress had declined to comment on her dating life.

Driven by her acting career, Millicent seemed like the kind to be wary about revealing her romantic relationships out on the public.