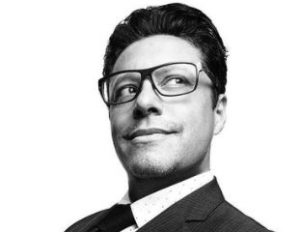 Jerry Phlippeau shot to international fame in 2021. That year, he starred in the new TLC series “You, Me & My Ex”. So did his girlfriend and his ex-wife.

Continue scrolling this Jerry Phlippeau wiki and discover facts about his age, job, and height. What’s more, read about his net worth, family, and kids.

[You, Me & My Ex] Jerry Phlippeau Age, Birthday

Moreover, 25th January marks Jerry’s birthday. He was born in the year 1967 as an Aquarius.

[You, Me & My Ex] Jerry Phlippeau Family, Hometown

Jerry’s father passed away in Sept 1999. Meanwhile, his mother died in 2014. His parents, Jerry and Sylvia, had tied the knot in 1966 and remained married until their deaths.

Jerry calls Ladd, Illinois his hometown. However, as of 2021, he was residing in Peru, Illinois.

Flaunting his muscular built, Jerry Phlippeau stands under 5’10” in height.

Despite his age, Jerry still has a head full of hair. His other easily recognizable features include his prescription glasses.

Jerry Phlippeau has two Instagram handles @jerryphlippeau and @jerryflipo. While the former held 1.942K followers, the latter had 1.972K followers as of 19th June 2021.

Elsewhere on Facebook, Jerry was available under the username @jerry.phlippeau.

[You, Me & My Ex] Jerry Phlippeau Job, Net Worth

According to his LinkedIn, Jerry Phlippeau is a CEO at FLIPO. He has held the position since January 1997.

Also, Jerry holds the position of CEO of FLIPO Group. He first took over the job in January 1992.

As for his academic qualification, Jerry cited “Hard Nox” as his alma mater.

Jerry, in his Instagram bio, claims that he brings “your products to TV shopping worldwide. Have a product or idea for QVC or HSN, The Home Shopping Network”. Admittedly, he wants to “make you $”.

Surely, Jerry Phlippeau’s net worth surpasses $1 million. If anything, the assumption is downplaying the “You, Me & My Ex” star’s success.

[You, Me & My Ex] Jerry Phlippeau Kayee Lovey, Jessica Rios-Phlippeau

As mentioned in the press release of “You, Me & My Ex,” Jerry Phlippeau met his future wife, Jessica after he asked her to model for his company.

Jerry and Jessica would go on to have several kids including 3 sons and a daughter. However, for reasons unknown to the viewers, they divorced one another.

In 2020, before the filming for the TLC show began, Jerry fell sick and was airlifted to the hospital. He had acquired a bacterial infection during his Asia trip. At the time, Jessica was residing in Utah. Without a second thought, she returned to Illinois and began looking after him. According to Starved Rock, Jerry has now fully recovered.

Opening about his recovery to Starved Rock, Jerry confessed— “This was just like a miracle. I experienced this incredible miracle that was handed to me of survival, and this miracle our kids got to see, of us working together as a blended family.”

Meanwhile, Jessica added— “What could have been a really tragic and traumatic experience for our family with Jerry so near death, ended up actually becoming a blessing.”

However, Jessica insisted that she and Jerry aren’t a couple. In the meantime, she admitted to feeling grateful to have one another.

Amid the pandemic, Jerry tried online dating. And that’s how he met Kayee Lovey who later moved into his house as well.

Previous: Marvin Anthony Wiki: Too Hot To Handle, Age, Height, Job
Next: [You, Me & My Ex] Wendy Waters-Marchica Wiki: Age