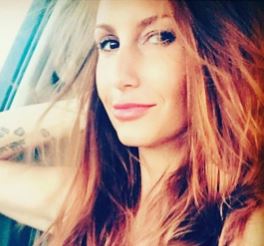 In Dec 2020, Marie was in the spotlight after speaking about the impending divorce of her ex-husband Evan and his then-wife Carly Waddell. According to Marie, Carly left Evan, even before she was pregnant with their son Charlie and the fact that Carly was portraying the victim “turned her stomach a little bit.”

While fans could see Marie standing by her ex-husband’s side through the divorce, little did they know about her personal life and her history with Evan. So, here we are letting you on the insides of Marie Bass over this bio.

As per her birthday, Marie is of Pisces zodiac.

With a maiden name “Marie Ward”, Marie Bass grew up in her hometown Franklin, Tennessee. She is the eldest sibling and has a brother named Ty Ward. Little info on Ty: He was married to Analee Ward (Marie’s sister in law) and is a father of three. Also, he worked on “PWR’D by ADVOCATE.”

As for Marie’s parents, they are Kathy Miller Ward and Rduane Ward. Her mother, Kathy is a proud grandmother and has filled her IG with family pictures. She shared that she was “privileged to be the matriarch of this (Ward) tribe.”

Mentioning her distinct features, Marie is a redhead. She shared that she grew up “not appreciating her red hair and always wanting something that she didn’t have.” Moreover, “the odd attention” she reived was “unwelcoming to say the least.” But as she grew up, she learned to appreciate and was grateful for her fiery hair.

Also, Marie tattooed her right arm with a blue butterfly over the inscribed words “forger how soon you become a goof for words when I speak.”

Marie Bass is a horse trainer. In 2020, she was working at Pinnacle Stables, Christiana, TN in a “resistance-free training program” alongside Jason Lancaster. They provided riding lessons and horse training programs that ranged from $650 to $750 a week.

She owned a Paint breed horse named Blitz. She shared that trail riding with Blitz was her “absolute favorite thing” to do.

Apart from her job, Marie was also into music. She is a good singer and was even featured in Robert Counts – What Do I Know music video.

Unfortiuanlty, her net worth was not reported as of 2020. Similarly, her education details had yet to be shared.

Marie and Evan Bass were married for 9 years. They first met on a blind date in 2004 and the duo even held their wedding the same year.

As for their kids, Marie and Evan share two sons. Also, Marie already had a two-year-old son from her previous relationship the year they got married, making her children 3 in the count.

Talking about their divorce, Marie blamed Evan’s stint on Bachelor Nation to have affected his personality. She shared that he became a “deadbeat dad” and started “making decisions” without her. She added,

“It felt like he really wanted the boys to be integrated into his new life with no respect for me as their mother.”

Now, that everything’s said and done, Marie and Evan were on good terms with each other. They shared custody of the kids every other week.

In 2021, Marie Bass had a new man in her life named Chris Petrarca. But it didn’t look like they were married.

Marie and Chris seemed to have dated at least since early 2020. They often appeared over Marie’s social media, spending quality time; especially horse riding together.

So in love with Marie, Chris commented over Marie’s Facebook,

“You are the most loving and kind person I’ve met, always recognizing the love humans have for their loved ones (my son), and love they have for you.”

It looks like Chris is divorced as well and had a son.