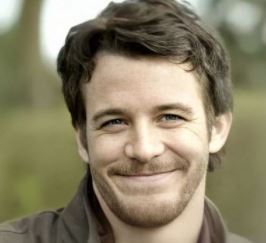 Luke’s character was the second born of Bridgerton sibling. It offered him a considerable amount of freedom and very little responsibility. Unfortunately, this also became the reason for his lack of passion or ambition. But soon he meets a new friend who completely changes his perspective and opens his eyes to a new aristocratic way of living.

Keep reading to learn all about Luke Thompson over this wiki.

Corresponding to his birthday, Luke of the Cancer zodiac.

Luke Thompson is of British nationality. But he spent most of his early life living in Paris, France. In an interview, he shared that because of his father’s work at the EuroDisney construction, his family moved to Paris for a while.

As Luke came back to London, he experienced trouble speaking English. By then, he was “much more comfortable” speaking French than English. He added,

“When I spoke English I used to feel blank.”

Then, Luke joined the University of Bristol for higher education and even joined a theatrical group there. After graduating from Bristol in 2010, Luke decided that he wanted a career in acting and fortunately earned a spot at the prestigious art school, RADA (Royal Academy of Dramatic Art). He graduated with a “Bachelor of Arts in Acting” in 2013.

Apart from acting, Luke is also a jack of many trades. He is well versed in waltz and period dances, he can sing like a Broadway actor and is even proficient in piano playing. Furthermore, he is a fencer, trained in stage combat, and last but not least, he can sketch! He even made a portrait of Phoebe Dynevor during the filming of Bridgerton.

Mentioning his distinct features, Luke is a handsome man with blue eyes and a triangular face.

As of Dec 2020, Luke had no official social media accounts.

He was credited to around 10 movies and TV shows before appearing in Bridgerton (2020). Listing them are:

If you didn’t know, before entering the onscreen life, Luke mostly worked on stage. He often worked with The Globe and a few other theatres on dramas like Blue Stockings, Julius Caesar, The Broken Heart, Oresteia, and many more. “Bridgertonobservatory” labeled him as “a Shakespearean actor at heart.”

About Luke Thompson Role On Bridgerton

Talking about his role on Bridgerton, Luke Thompson shared that he was more than happy to play “Benedict”. Moreover, he got to “reveal the character bit by bit instead of showing the audience who he is right away.”

Also, Luke expressed his view on the privileged world of Bridgerton. He spoke,

“Privilege can be paralyzing sometimes, in a weird kind of way. And that’s not to say “Oh, poor people who have privilege,” but I just mean that there is a paralysis around the notion that if you can do anything, then what do you do?”

Luke Thompson remained private about his dating life as of 2020. Also, he spoke nothing about his sexual preference. So, we don’t know if Luke is gay or not.

As for his character Benedict, we might soon be seeing a girlfriend who’d majorly influence his life. The secret sketcher and painter, Benedict was rumored to stumble upon a girl, sharing the same interest.

Spoilers alert: Benedict gets his painting into the National Gallery and that’s how builds up his career.

Before You Leave: Phoebe Dynevor Husband, Boyfriend, Height, Net Worth