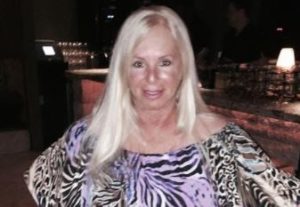 Linda Torres was a star of the popular reality show “Big Ang”. In April 2021, news broke that she had passed away.

This Linda Torres Wikipedia shares details about the late reality star’s life including her husband and net worth. Furthermore, it highlights her acting daughter, age, and family.

Linda Torres Cause Of Death

On 1st April 2021, Linda Torres passed away. She died 9 weeks after contracting COVID-19.

Linda, according to Janine Detore who is Big Ang’s sister, died at Staten Island University Hospital. There, she was on a ventilator.

Opening about Linda’s death, Janine said— “She was placed on a ventilator then they took off the ventilator. She really was fighting, but I guess she couldn’t really battle it. It was too much.”

Janine also shared— “Linda was the life of the party – like my sister. Very fun to be around, not negative, just wanted to have a fun time. I get so sad to know that she’s gone now. I absolutely love Linda. She’s fabulous.”

Linda had breast cancer. She then developed a fever while recovering from surgery to implant a chemo port. Once at the hospital, she tested positive for the COVID-19.

What’s more, TMZ was the first publication to break the news about Linda’s untimely passing.

At the time of her death, Linda Torres was 67 years old. Moreover, she celebrated her birthday on 29th June.

Based on her date of birth, Linda was cancer.

By 2013, Linda Torres had lost 2 important members of her family— her mother and her sister.

In May 2013, Linda shared a photo of her mother on Instagram and wrote— “Mama I miss u so much xo”

Also, back in July 2012, Linda tweeted— “God only gives u what u can handle and after losing my amazing and beautiful mother u better believe I can handle ANYTHING #stronglikemymama”

Admittedly, Linda’s family hailed from Sicily, Italy. While Sally Poerio was her brother-in-law, she listed Gary Tortorella as her family member on Facebook.

Also, Linda kept her hair blonde. Reportedly, she went under the knife for more than once to enhance her features.

Her Twitter profile @BlondeLindaVh1, on the other hand, enjoyed far superior reach with more than 6 thousand followers.

Linda Torres never confirmed online reports that claimed her net worth was under $500 thousand.

Other than her reality TV career, the public didn’t know much about her job. The same stood true for her sources of income.

According to this IMDB profile, Linda appeared on 9 episodes of Big Ang as the titular star’s friend. What’s more, she also made appearances on the popular reality show “Mob Wives”.

About Linda’s friend, Big Ang— She was born Angela Raiola in 1960. At the age of 55, she passed away. Big Ang, who owned the bar Drunken Monkey, separated from her husband, Neil Murphy in 2015. They had multiple children.

At the time of her, Linda Torres didn’t seem to have a husband— or a boyfriend, for that matter.

If her Instagram is anything to go by, Linda shared a close relationship with her daughter and grandchildren.

Linda’s daughter, Jaime turned 41 years old in August 2020. She married her husband, Frank Porzio in 2016. Linda gave birth to Chase in 2020. Also, she is a graduate of John Dewey High School.