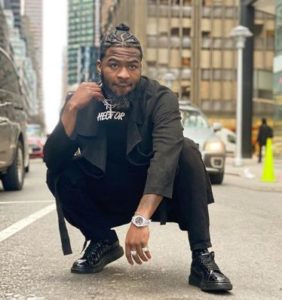 Lil Twin is best known as a rapper out of Dayton, Ohio, who built a career in music in Atlanta. But, his relationship with Blac Chyna and his sexuality drew the most attention. Furthermore, the engagement rumor once again put Lil Twin’s name on the public radar.

Tag along this Lil Twin Wiki to learn more about the rapper’s family, twin brother, engagement rumor, and other details.

Looks like Blac Chyna might be walking down the aisle again. The engagement rumor was confirmed by celebrity hairstylist Hair by Jay in July 2021. He stated that reality star is tying the knots and wedding plans are underway.

In an Instagram story posted on 12 July Jaw wrote: “Happy to say that @blacchyna has now confirmed booked and sent a deposit to me as the one who’s going to be doing her hair for her upcoming wedding.”

So, everyone was wondering about only one question, who was the lucky man? She was dating a rapper named Lil Twin, however, their relationship status remains obscure. 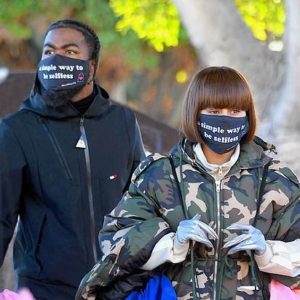 Lil Twin and his alleged fiance Blac Chyna in February in 2021 in LA (Pic: Daily Mail)

Her hairstylist spilled the beans when she might’ve gone an extra mile to maintain privacy.

After the rumor spread, The Sun was quick to contact Blac Chyna’s mother Tokyo Toni. They asked Toni about her feeling regarding her daughter’s alleged upcoming marriage. To which Toni Shared: “Today was my first time hearing about it. I’m shocked. She’s with Lil Twin. They’ve been together about two years or so now. I’ve met him and I think he’s a pretty good fit. I even met his mom, they’re a pretty cool family. I wouldn’t be against it.”

She added more: “They seem to be very, very happy & content.”

Before the engagement rumor with Lil Twin, Blac Chyna was engaged to Rob Kardashian but they called off the wedding in 2017. But, the second time is a charm they say.

Even though the rumor spread like a wildfire, Blac Chyna hasn’t spoken given any public statement to either agree or deny the rumors.

Lil Twin is bisexual rather than gay.

In December of 2020, Blac Chyna kept fans engaged with her cryptic messages. Fans were speculating a relationship that the alleged man was Lil Twin. But, a third party came into the scene and introduced himself as a previous lover and claimed Lil Twin is gay.

A guy named Sola Radio claimed to be Lil Twin’s ex-boyfriend and noticed Blac Chyna’s post. In the post which has now been deleted, she introduced Lil Twin where she captioned “Mines.” He left the comment “Yeah he mine to.”

Another IG user asked him, “that’s yo dude?” he replied, “been my n***a but I guess we sharing now.”

Lil Twin, real name Taiyon Hector, was born in Dayton Ohio to his anonymous parents. But, the pair often shared about their mother in interviews.

In an interview with thatsmisschloe1blog, they shared: “We don’t care how many people think they are number one fan, our mom has always been our number one fan. She has always been there for us and supported us from Day 1. Many people really don’t have their parent’s support, so having our mother’s support always means a lot to us & and we are grateful to have that.”

Lil Twin was born on 17 April 1997. He turned 24 years old while celebrating his birthday in April of 2021. Furthermore, the musician secured Aries as his zodiac sign.

Taiyon Hector AKA Lil Twin has a twin brother named Tevon Hector who was born 7 minutes apart. The twin formed a duo named TEAMTWIn and released a single titled We Get Turnt Up which helped them garner proposals for major deals.

Originally from Dayton, they moved to “New Atlanta” at the age of 12. Why? Atlanta had exposures for talents.

In the word of Lil Twin AKA Taiyon: “The twins are a dynamic duo who excels in entertainment, music, film and other forms of art. We are a definite universal brand with the potential to leave a legacy as the greatest twins.”

Besides Tevon, he also has two brothers named Taz and Bam and a younger sister named Miyah.

He is on Instagram (@liltwinofficial) with 236k followers. He posted 88 times on the platform. As for his Facebook, he goes by the name Hector Macho where he was followed by 432 people.

Lil Twin has under $600K in net worth. As mentioned earlier, he and his brother Tevon formed a duo named TEAMTWIN. As confirmed in an interview with Rolling out, the duo started making music around 2012, throughout elementary and middle school. They won all the talent show in the school and our pursued career starting from high school.

Their hit single that went platinum earned record deals from Warner Brothers, Universal Republic, and Atlantic Records. He is signed with The Twins/Presidential Coalition and 2408340 Records DK. As for the major label, they signed with Warner Bros. Entertainment.

Some of the bodies of work that he released are Soufside Hector, No Soul to Sell, and The Way Back. Some of his popular songs are Innocent, 126 Bars, Woman’s Worth, Heartless Love, and Dear Mama, and a few others.

In February of 2021, Blac Chyna and Lil Twin handed out 200 bags of essentials to homeless people on Skid Row in downtown LA.