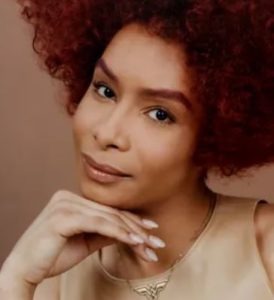 The new season of HBO Max‘s reality competition series Legendary premiered on 6 May 2021, and Leiomy Maldonado, a transgender choreographer, was one of the four judges of the show.

Read the article below to know everything you need to know about Leiomy, including her life before the transition and everything about her partner as well.

Also, because of her 28th of April birthday, her zodiac sign was Taurus.

The same fandom site also tells us that Leiomy’s ethnicity was Afro-Puerto Rican. And we know a lot about her family, except for any of her family member’s names, well not of the biological family at least.

Her father was diagnosed with HIV very early on and she had to take care of him. Leiomy has also mentioned that he was not a very kind man, especially because of her feminity.

She also had a grandmother, who she lived with for a huge chunk of her life. She had two elder brothers. Her grandmother was also verbally abusive to her. And so was one of her older brothers, and the other one, the eldest, did not even talk to her after Leiomy started to take hormones and transition.

There was an aunt, however, called Aunt Sylvia, who was very supportive. Leiomy was also helped and guided by her gay mother Tyhierry to become the woman she was today.

Although her family did not fully understand her transition and were really abusive regarding her gender identity, they did fully support her in her dancing career.

We do not have the exact measure of her height but Leiomy Maldonado stands above 5’7” tall. Regarding her other physical features, she had long black hair, brown eyes, and a really ripped body.

Before transition and during the transition as well Leiomy Maldonado had a hard life in terms of the acceptance of her family. We have already written about the verbal abuse she had to face in her family and her father’s lack of kindness.

That was not it though. Leiomy had always felt different from the early age of 5/6. She liked guys, for one. And was very feminine. At first, she used to think that she was gay, but she never felt like a gay person. Instead, she felt like a woman.

It was only when Leiomy was 15 that she met someone called Tiana, a transgender person, and learned that she was actually a transgender woman. And she has been living as a Leiomy since she was 16 years old.

However, she did not begin her transition until she was 19. Once Leiomy started to take hormones, she was more serene and calm. She had not undergone any kind of surgeries until 2015 because she did not have enough money.

Leiomy did, however, wanted to fully transition. She wanted to have sex reassignment surgery and facial feminization surgery.

As of 2021, Leiomy had a significant following on most of the social media platforms. She was biggest on Instagram with 201k following and increasing by the day. Her name on Instagram was “wond3rwoman1”.

Similarly, on Twitter, Leiomy had 35.4k followers. She had her regular name on her Twitter handle. She was also present on Facebook and had over 43k followers.

We have already hinted at Leiomy’s dancing and choreography career. In fact, she was one of the legends of ballroom culture and voguing. She even held the title of Wonder Woman of Vogue.

For those who do not know ballroom culture, it is a subculture within larger transgender culture centered around the dance form of voguing and deeper interpersonal and familial bonds.

The ballroom culture has artificial families and ties and when Leiomy first entered the culture, she tried different families. She eventually joined the Mizrahi family, which helped her a lot with her transitioning.

In her career as a dancer, Leiomy has participated in MTV’s American’s Best Dance Crew with her team Vogue Evolution. And most recently, she was cast as one of the judges of HBO Max‘s dance competition series called Legendary.

Leiomy also had a few acting credits to her name. Between 2018 and 2021, she had appeared for over 14 episodes of FX’s series Pose. She had also acted in a movie short called Philiph Kirkorov: The Color of Mood is Blue.

Leiomy Maldonado Partner: Is She Dating Or Married?

If one was to peek into Leiomy’s relationship status on her Facebook, one might be surprised to see the words “widowed”. When was she married? Who was she married to?

Leiomy had had a lot of partners throughout her life, but most of them were not able to accept the fact that she was once a man. Thus, her dating life sucked a little because of that. However, there was one loving partner, a boyfriend who was a trans-man.

In a 2015 interview, Leiomy had mentioned that she wanted to get married someday and adopt kids and raise them.