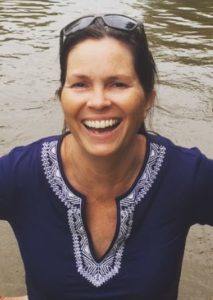 Bert Kreischer’s The Machine is arguably one of the best stand-up performances he had ever delivered. And up to a certain extent, we believe, he landed his Netflix’s special Hey Big Boy which premiered on 17 March 2020 because of the reason.

When the show premiered, attention was directly fell upon his wife LeeAnn Kreischer. This wiki is based on the wife of the stand-up legend and party monster Bert Kreischer. So scroll down,

LeeAnn was born as Kelly LeeAnn Kemp to her anonymous parents. She blows her birthday candle every year on 20 August.

LeeAnn Kreischer turned 49 years of age when she celebrated her birthday in August of 2020.

The “Wife of the Party” host stands tall at the height a little about 5 feet 5 inches (1.65 meters).

LeeAnn Kreischer is a Bowdon-bred in Georgia.

Her Carroll county-native parents raised her in a loving environment. Other than that, no details on her parents and her possible siblings are yet to see the light of the day as of March 2020.

She attended and graduated from Bowdon High School, a public high school in her hometown beloved hometown.

Inspired by the title of the book of her husband, Life of the Party, LeeAnee Kreischer decided to do something with the recognition she got becoming the receiving end of Bert’s wifey jokes.

LeeAnn decided to host her own podcast tilted Wife of the Party. She announced and debuted the weekly show on her Instagram account on 2 February 2018. 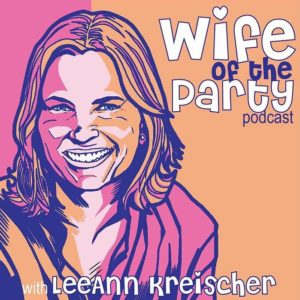 She set up a podcast studio in the living room of the family’s Los Angeles home.

Wife of the Party was uploaded on audio streaming and purchasing sites such as Spotify, iTunes, and YouTube.

Among hundreds of podcast ever made, the most streamed and listened to was when Bert was the guest of the podcast.

The comedian discussed his relationship with fellow comedian Ari Shaffir, Twitter suspending Ari’s account and him standing up for his friend.

Furthermore, she had worked as a writer in her 30’s.

Besides that, LeeAnn does well, doing her job as a mother. In 2018. when she left for Vietnam, she left her kids with Bert. And she returned, LeeAnn made a podcast with her daughters on managing everything when she was not around.

As of March 2020, LeeAnn Kreischer flaunts her burgeoning net worth of $350 thousand and posts her trips and travels on her Instagram.

Bert Kreischer had to run into LeeAnn Kreischer three times for the sparks to fly.

The Netflix star met his wife when she was in her late twenties. 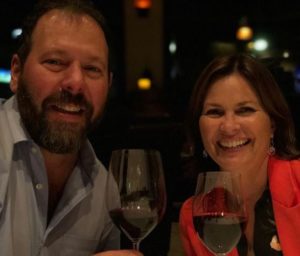 LeeAnn on a birthday date with her husband 2019 (Pic: LeeAnn Kreischer Instagram)

LeeAnn was partnered up with her friend and took the office which was near a hiking trail. Bret’s roommate at the time went to the office to meet with LeeAnn’s partner where they met for the first time. LeAnn reflects him being a disruptive individual which she found very rude.

Her second unscheduled rendezvous with Bert was when they shared the same yoga class in Hollywood YMCA. He took over the spot next to LeeAnee but couldn’t draw her attention toward him as she had recently ended her relationship with her then-boyfriend.

As for the third meeting, it kind of worked for Bert. LeeAnee had started dating and they were both invited to a bowling party. She noticed the unshakeable charm of Bert and became interested in him.

LeeAnn gave her number to Bert’s roommate to pass it on to him.

She waited for him to make the call but didn’t owe to his inexperience on that matter. Nervous Bert gained the confidence to asker her out again after the first date.

Her pre-date ideas about him,

“Too crazy, too wild, too comedian.”

turned into, “now I pronounce you husband and wife” relationship.

The married couple went on to have two children: Georgia Kreischer and Ila Kreischer.