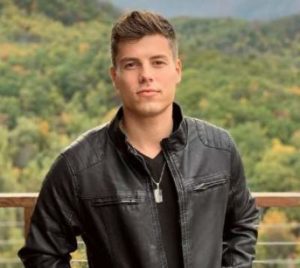 William “Lawson” Bates, whom we remember as the fourth of Gil and Kelly Bates’ nineteen children on Bringing Up Bates went officially off the market!

So who is the lucky lady?

Find out below in the Wikipedia written about him.

Lawson’s first name, William, was given by his parents after his father and grandfather. And, while his folks also called him “Willie”, the middle name ‘Lawson’ was picked out by his older brother, Zach, before the parents even knew he was going to be a boy.

Lawson seemed pretty close with his siblings. When asked about having so many siblings in interviews, he had said,

“It’s really good for relationship building. There’s always someone there to show you who’s been through it before”.

Growing up, Lawson and his siblings were homeschooled. Also, Lawson was brought up as an active participant of Bill Gothard’s Institute in Basic Life Principles. At eleven, he became Christian only to denounce Bill Gothard and his ministry as an adult.

Sometime in May 2020, Lawson Bates was involved in an accident. Reportedly, he suffered a concussion and had a big lump on his head. Luckily, he seemed to have recovered pretty well from the mishap which was then termed as “terrible” and “bad”.

Speaking of his physique, the TLC TV show’s heartthrob stands tall in 5′ 8″ height and a lately reported weight of under 85 kg.

Lawson, who appeared on 19 Kids and Counting, United Bates of America, and Bringing Up Bates managed 252k followers on his Instagram (until Feb. 2021). Further, he had 61k followers on Facebook and 29.1k on Twitter. He also entertained the 27.3k subscribers on YouTube channel putting on display his talents as a singer and songwriter.

Lawson Bates Net Worth, Job, Is He Still Singing?

Lawson, a forever music lover, started playing the piano when he was seven, learned to play guitar at eleven, and wrote his first song when he was fifteen.

Having released a few singles and albums in the past, his most recent work might be taken as the single “One + One”. This, he co-wrote with Adam Wheeler for his sister Tori’s wedding to Bobby Smith on December 16, 2017. However, Lawson publicly released the song only in Jan. 2019. And if it also counts, he dropped a new song on YouTube in Sept. 2020.

Further, Lawson continued his musical ventures on YouTube and performed at children’s hospitals.

And in the meantime, he continued his other jobs as a reserve deputy for the Anderson County Sheriffs Department, as a certified Emergency Medical Responder, and sold merch on his website.

Clearly, the Lake City, Tennessee dweller has been an entrepreneur for a long time. When he was thirteen he opened his own lawn-cutting business which did pretty well. And so by the time he was nineteen, he began to loan out large sums to his family members. Lending $1,000 to his brother Zach for a car, $2,000 to his sister Erin for college tuition, and $4,000–$5,000 to his father, Lawson used to say, “They’re good for it (and) I don’t need the money right now anyway.”

Wise and cautious, he used to do the family’s grocery shopping as a teenager and with his own money.

And this way, Lawson Bates was presumed to have accumulated an estimated $500 thousand net worth.

Finally on Feb. 5, 2021, Lawson Bates announced his relationship on Instagram. To a picture of his beloved beau, shot on Breckenridge Ski Resort, he captioned, “Is it the 14586ft, or something else that’s taking my breath away 🏔 🤍”. 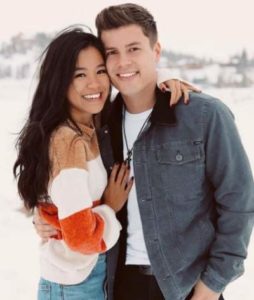 The beautiful lady by his side is Tiffany Espensen, an actress known for Spider-Man: Homecoming, R.L. Stine’s Monsterville: Cabinet of Souls, and Kirby Buckets.

Surprising her 54.6k followers on Instagram, she too wrote the likes of– “You’re my favorite + best part of my days❤️” and “You’re sooo handsome and I’m so blessed 🥰”.

This been said, there were no details as to when Lawson is going to turn this stunner girlfriend of his into a wife.

Were Lawson Bates And Jana Duggar Ever Dating?

Before Lawson Bates opened up about Tiffany, he was constantly rumored to be dating Jana Duggar, the second of the as much famous Duggar bunch.

Although back in Jan. 2019, Jana had shut down the speculation saying, “No, we’re not a thing” to a fan query if they were dating.

Just so you know, Lawson was also considered to be going out with Emily Ann Roberts, among a few others.