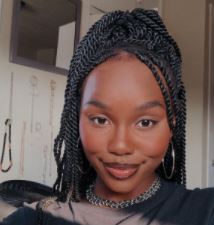 Making her TV debut, Laura Kariuki appeared as Jennifer (J.J.) in season 4 of Black Lightning titled “The Book of Reconstruction: Chapter Four”. She portrayed the post-transformation Jennifer, who previously flew into the ionosphere, absorbed too much energy, and exploded.

So, who is the new actress playing your favorite character? Stay till the end of this Wikipedia to learn all about her.

We all knew Jennifer was bound to power up in Black Lightning. But what we didn’t expect was for the original Jennifer (China Anne McClain) to be gone. After wrapping season 3 of the show, China surprised her fans with the revelation of her departure from the show via IG video (dated November 20, 2020.)

On the other hand, Laura Kariuki, who replaced China, was super excited about her debut. She even took it to IG to share a picture with her co-star Nafessa Williams. A part of which wrote,

“I have had an amazing past couple of months working with the sweetest people on this show and can’t wait for everyone to see!”

As per her birthday, Laura is of the Gemini zodiac.

Laura Kariuki’s parents could be of Kenyan descent. They were at Lenexa, Kansas when she was born. According to Laura, her mother was the “best mom” and she loved her “more than words can say.” As for her father, Laura kept him anonymous.

Taking one look at her IG profile, we could see that Laura was a family person. Aside from her mom, Laura also uploaded several pictures of her siblings — She has two little sisters and a little brother.

Furthermore, Laura also seemed close to her cousins who appeared a few times over her IG.

In light of her education, Laura was a senior at Oklahoma City University School of Theatre in May 2020. She was doing her bachelor’s in Fine Arts, with a BFA Acting major. Also, she was a part of the cheerleading squad there. Her nickname was “Corgi”.

Trivia: The main reason she joined OCU was just for “the theatre program”.

As of March 2021, Laura entertained 2.6K followers over Instagram. Most of her posts featured her close-up selfies.

Also, she was present on Facebook. Comparably, she didn’t seem much active over it.

Mentioning her distinct features, Laura has fuller lips, a big smile, and can make her tongue a clove leaf. Also, she has brown eyes, black hair.

Since Laura Kariuki made her debut on Black Lightning season 4, it goes without saying that she didn’t appear on any movies and TV shows before that.

However, she has been in the theater during her college days. Her educational journey included – The Trojan Women |(Andromache), The Bluest Eye (Pecola), The Submission (Emilie), Picnic (Irma Kronkite), Fefu and Her Friends (Paula), You Got Older (Cowboy), and House of Atreus Pt. 1 (Greek Chorus).

Apart from acting Laura is proficient in dialects and the international phonetic alphabet. Also, she is a good singer. Her range extends from E3-F5.

Furthermore, she could whistle, Cartwheel, and hula hoop.

Laura Kariuki’s reported net worth was under $100 thousand in 2021.

As of early 2021, Laura Kariuki was in a relationship with her boyfriend named Alec Espinosa. They started dating on January 21, 2018, and shared over 3 years of togetherness. The duo was open about their relationship and flaunted each other often over their socials. On anniversaries, or just hanging out, Laura and Alec always looked happiest. 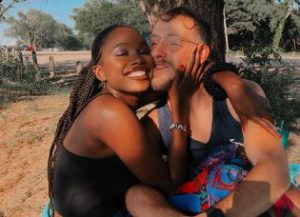 Talking more about her boyfriend, Alec Espinosa hails from Brighton, Colorado. He is a proficient singer like Laura and performed in theaters as well. Since they shared the same profession, Alec was very supportive of Laura. After Laura’s debut in Black Lightning, Alec took it to his IG to write,

“So proud and happy for my baby girl!!!! A lifelong dream came true for us last night as she made her tv debut in @cw_blacklightning . I am so humbled and grateful, words can not express how I’m feeling. I love you more than you’ll ever know and I cannot wait to see where this crazy journey takes us my lily love.”