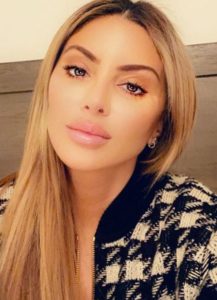 Larsa Younan is best known for her recurring appearances on several reality TV shows. In 2011 she made her first appearance on TV in The Real Housewives of Miami. Similarly, her appearance in Keeping Up with the Kardashians in 2011 and 2015 boosted her recognition furthermore.

Following articles unfolds her personal and professional life in a wiki-type format.

Larsa’s father came from Syria whereas her mother came from Lebanon. No further information regarding her parents has been shared.

On the education front, Larsa’s family were very supportive of her. She ended up completing a bachelor’s degree in Political Science from the University of Illinois.

Larsa’s fondness on modeling sprouted from an early age. She took some theater classes in Illinois during her days in university.

Larsa was able to accumulate a decent net worth from her acts in the entertainment industry. She is estimated to have stacked a solid $14 million as of 2020.

In the late first-quarter of 2018, rumors regarding Larsa’s changed appearance surfaced on the internet. Many claimed her having gone through a plastic surgery like her friend Kim Kardashian with no full-proof evidence to support the hypothesis.

Though the gossip really stirred up some conversation in mainstream media, Larsa kept her silence.

Several professionals vouched she might have had lip fillers, rhinoplasty and cheek implants.

Larsa Younan married NBA player Scottie Pippen in 1997. They had a beautiful wedding on 20 July 1997 after dating for 2 years.

After being happily married for 19 years, Scottie filed for divorce in October 2016 with no revelation on the details behind the separation.

But several allegations came to light during the legal procedure. Larsa and Scottie’s neighbor called 911 twice to report the domestic disturbances.

During the on-going divorce procedure, Larsa Younan was rumored to be romantically involved with rapper Future. But she turned down the falsified rumor stating future being not more than a good friend.

Soon after, the Larsa and Scottie Pippen decided to give a second chance to save their marriage. But it didn’t end well for them.

On 2nd November 2018, Larsa filed for divorce, stating irreconcilable differences as the cause for the relapse. 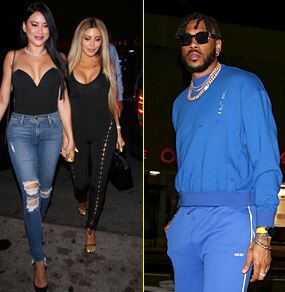 Larsa and Eric were spotted together in Warwick nightclub (Pic: Justjared.com)

On 27 June 2019, Larsa was spotted heading up to Warwick nightclub for a night out. She was accompanied by her post-divorce rumored beau Toronto Raptors Eric Moreland.

Fans of Larsa and Eric kept track of them flirting on Instagram which is why the rumor of them dating each other spread like wildfire.

When viewers were first introduced to Alexia Echevarria on The Real Housewives of Miami, she was trying to...

Kim Kardashian is a prime example of modern celebrity culture. From E!‘s Keeping Up with Kardashians to...