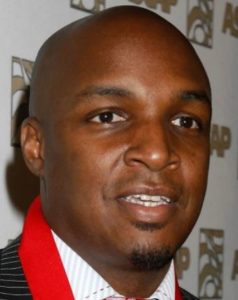 Kim Kardashian is a prime example of modern celebrity culture. From E!‘s Keeping Up with Kardashians to her social media accounts, Kim lives her life in the public’s eye. But there was a time when Kim wasn’t very famous and people don’t seem to know as much about her pre-fame life.

Once upon a time, Kim Kardashian was married to music producer Damon Thomas. The marriage ended disastrously with accusations from both sides. Read along about Damon Thomas, his relationship with Kim, his other relationships, and other wikis.

Damon was born in California to African American parents. While the names of his parents were not known, Damon once posted an old photo of his father playing American football on Instagram saying that he was the best dad in the world.

Not much was known about his mother, nor about his siblings, if there were any.

Damon was a guy of moderate height, standing at the modest 5 ft 8 inches. However, even with shortish height, Damon was the bulky guy who weighed over 80 kgs.

Among the distinct features of Damon, he had a clean shaved head with a wide rectangular face. 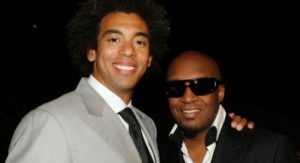 The duo’s first major production was I Like Them Girls, Tyrese’s single. Throughout their career, the duo went on to produce for famous musicians like Lionel Richie, Justin Timberlake, R. Kelly, Chris Brown, and many more. They have also produced the soundtracks for Dreamgirls, Pitch Perfect, and its sequel Pitch Perfect 2.

With his job as a producer for some of the famous musicians, Damon was able to acquire a net worth of over $1 million.

However successful he was in his job, Damon Thomas’s social media reach wasn’t that successful. On Instagram, he had almost 10k followers with 1500 posts in total. And it seemed as if Damon was not present on Twitter.

His LinkedIn profile, however, was very praiseworthy, with all his success.

Now to the most famous aspect of Damon’s life, his married life with Kim Kardashian. Damon married Kim in 2000 when he was 29 years of age and Kim was just 19. The relationship, however, wasn’t very healthy.

The couple divorced in 2004 and based on the divorce papers, there was great turmoil throughout the marriage. Damon was a controlling husband and tried to micromanage Kim’s behavior, like forcing her to quit her job, pushing her to get the liposuction to make her “perfect”.

According to Kim, Damon even occasionally assaulted her physically, punching her, pushing her into the walls, throwing her across the room.

Damon, in his defense, denied everything and in turn accused Kim of being obsessed with fame. He even went to accuse her of cheating on him.

After divorce with Kim, Damon’s dating life kind of went off the grid from public life. There wasn’t much news of his newer relationships.

However, Damon seemed to share the growing up moments of his kids. Damon had a son named Dimas Thomas with his ex Sarai Torres. In 2019, Damon shared a picture of his son on his Instagram saying that his son was now in sixth grade. 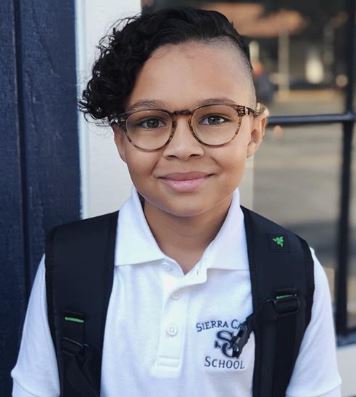 Similarly, Damon seemed to have a daughter as well, who went by the artist name of “Lotus”. Her real name was Shawanna Thomas. According to her profile for her application for Maxim‘s Covergirl, Shawnna was a singer, songwriter, and producer. The mother of Shawnna was not known.

Damon’s personal life might not be known but it was clear that he was proud of his kids and of the fact that they were growing up.

After spending almost over one and a half-decade in Holman Correctional Facility, the 2004 Police officer...

Larsa Younan is best known for her recurring appearances on several reality TV shows. In 2011 she made her...