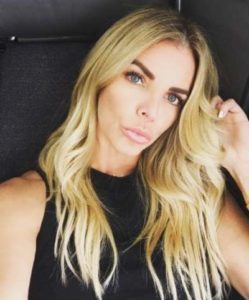 When viewers were first introduced to Alexia Echevarria on The Real Housewives of Miami, she was trying to balance being the mother of two teens with the pressures of putting together Venue Magazine with her husband, not the father of her kids.

From then to the last two seasons of the American reality TV show, her family went through an uncalled- for tragedy.

Developed as the seventh installment of The Real Housewives franchise the series aired for three seasons from February of 2011 to November of 2013 on the Bravo network.

The premise of the show encircled the personal and professional lives of several women living in Miami, Florida.

In the writing below, discover everything about Alexia Echevarria including her life after the show terminated. 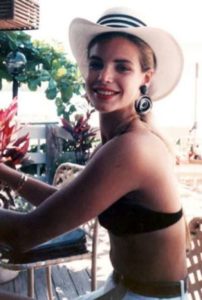 Her father passed away when she was only 23-years-old. On the occasion of Father’s Day, she expressed to her Insta-fam, how heart-broken she had been when she lost her dad to the brain tumor. She said, without him, her life has never been the same. “Wishing you were here today for even just a while. I miss you Papi but I know you’re my angel watching from up above 🙏🏻❤️”— she wrote on her Instagram circa July of 2019.

Not long after her father’s death, her mother moved back full time to Spain. About the time, Alexia said, she was alone in Miami and had graduated from college.

To her fans, Alexia had introduced her mom, Nancy, in an exclusive video on Bravotv.com, back in 2013. Then, she had playfully said she and her mom have always butted heads. “I think we do that because we’re very alike even though she wants to say that she’s not like me”— Alexa said.

Until 2013, the Cuban Barbie had twice gone under the knives. She deeply regretted the first time.

Twenty years ago from then, her plastic surgeon ex had talked her into a nose job. After the surgery, her nose got thinner as she aged.

So later, Alexia got fillers to plump it up after her son Frankie told her—”Mom, you have a Michael Jackson nose. And, she was “super happy” with the result this time.

Last heard, Alexia Echevarria was working in partnership with her ex/late husband, Herman Echevarria. She was the owner and executive editor of Venue Magazine based in Miami/Fort Lauderdale Area.

While her educational background is still unknown, she spotlighted the latest fashion trends as well as up-and-coming Latin film and TV stars. From photoshoots with Marc Anthony to luncheons with President Obama, she did it all, as part of her job.

In the meantime, details on her job and career were missing.

Circa 2011, Alexia Echevarria’s net worth was reported as $3 million.

Alexia Echevarria was previously married to Herman Echevarria, who passed away in 2016 after the couple had separated. A year before, she and her businessman husband mutually decided to separate.

Instead of divorcing, the pair had decided to take some time apart. Herman had then moved out of the family home.

In 2015, Alexia and Herman finalized their divorce.

Once, Alexia Echevarria said that she is at times, more of an older sister to her two sons Frankie and Peter Rosello. 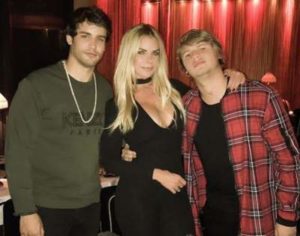 In May 2020, she caught up her fans upon her life; then, the former reality star also told what exactly her boys were up to. She said:

“They’re all grown up, and since the last time you saw me on the show, Peter moved to Paris. He decided that it would be best for him to move abroad and to study — and that was the best thing, the best decision he’s ever made.”

Peter studied Business at the Paris School of Business, and where he met a beautiful German girl named Lisa. In 2017, he returned came back home to Miami and took his real estate exam and started doing commercial real estate.

Meanwhile, Frankie “continued to recover and get better” (He had a devastating car accident in 2011). He graduated from high school with a special diploma in 2016. “He’s had so much growth, he’s such a blessing in our lives”— Alexi updated on her young man’s life.

Frankie graduated high school with a special diploma in May 2016, and her other son Peter Rosello was “doing great” studying at the Paris School of Business, where he met his now-wife Eliza Kluegling.

Somewhere around 2020’s May, Alexia Echevarria took to The Daily Dish, to reveal her engagement to Todd T. Nepola, president and founder of Current Capital Group, a real estate company. More to it, about the wedding plans, she said:

“we’re very much looking forward to getting married towards the beginning of next year — because our plans were pretty much put on hold now with the very unfortunate situation that we’re living in the world right now.”

Alexia said she wants a religious wedding because never before married that way. 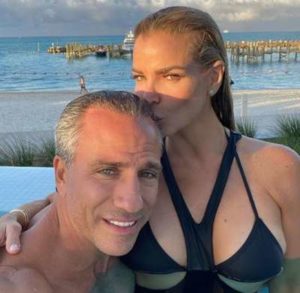 And while figuring out the kind of wedding they want, Alexia stated they are really enjoying each other. “He’s an amazing man and I’m very happy.”— were her own words.

In early-2018, Todd first popped on Alexia’s IG. Like his fiancee, he also has two children (both daughters).