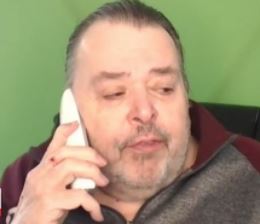 Lance O’Brien was the longtime boyfriend of the late-actress Tanya Roberts. Following Tanya’s death, Lance made headlines for multiple reasons.

Keep on reading and find out about Tanya Roberts’s longtime boyfriend including his age, job, and social media presence.

Admittedly, during their blabbering convo, Lance told Mike he had said his final goodbye to Tanya after the doctors told him the actress wouldn’t survive. This promoted the publicist to announce Tanya’s death prematurely.

On 4th January 2021 morning, Lance received a phone call amid the “Inside Edition” interview from the hospital telling him Tanya was still alive. By 9 p.m. the same day, the actress had passed away.

Tanya took her last breath at L.A.’s Cedars-Sinai Hospital. She was admitted there on 24th December 2020 after collapsing in her home.

According to Lance, doctors took Tanya off life support. They then told him there was no chance that she would live.

Who Was Tanya Roberts?

At 15, Tanya dropped out of high school.

Before striking gold in Hollywood, Tanya modeled for Clairol and Excedrin.

Starring as a Bond girl in “A View to a Kill” alongside Roger Moore, Tanya rose to stardom. She also starred in the 1970s classic flick “Charlie’s Angels”.

Circa 2002, Tanya Roberts began dating Lance O’Brien. They remained a loving couple until Tanya passed away in 2021.

Despite their relationship lasting for almost 2 decades, Tanya and Lance never tied the knot. Also, it’s likely, the duo didn’t have kids.

In 1974, Tanya married her second husband, Barry Roberts. After a long battle with encephalitis, Barry died in 2006. Per reports online, Tanya left her “That 70s Show” gig to look after ailing Barry.

As an underaged girl, Tanya shared nuptials with her anonymous first husband. Her then mother-in-law reportedly had their marriage annulled.

According to his Facebook profile, Lance O’Brien is from Las Vegas, Nevada. However, as of Jan 2021, he called Los Angeles, California his home.

For education, Lance attended Valley High School. His Facebook, meanwhile, didn’t give away his job and net worth.

As of 2021, Lance didn’t seem to be on Instagram. On Facebook though, he shared photos of Tanya including the ones with their dog.

Looking at his photos online, one could tell Lance reached 50 years of age a long time ago. Yet, there wasn’t confirmation on his date of birth.