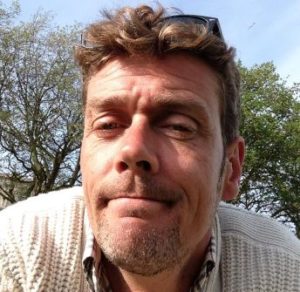 British actor Toby Kirkup passed away in the August of 2020. However, the news of his death was only made public in July of 2021. He was a theatre actor but was best known for appearing in the period drama Peaky Blinders.

Scroll down to learn more about the actor, his career, details on family members, wife, and kids in this Toby Kirkup Wiki.

Toby Kirkup Cause Of Death

Toby Kirkup passed away on 29 August 2020. Before his death, he was admitted to Huddersfield Royal Infirmary on the same day after he had experienced chest pains and a tingling sensation in his arms.

The actor was diagnosed with gastritis and was sent home back to Titanic Mills in Slaithwaite. However, his condition worsened after he went home. Later, he started vomiting and he suffered a cardiac arrest, as shared by a court in England heard this week.

A post-mortem report at the time unfolded that Toby passed away of natural causes. However, his family requested that the coroner examine his body. They also questioned the medical care he received.

After the death of Toby Kirkup, tributes flooded the internet. As reported by Yorkshire Live, a former university friend described the late actor as a “real character”. He said: “RIP Toby, you were a real character at uni & often made lectures much more interesting, sorry it ended this way.”

On Peaky Blinders, Toby Kirkup played the role of a police officer. He appeared on the show in 2015.

Toby Kirkup passed away at the age of 48. However, his zodiac sign and his birthday haven’t been made public.

Toby Kirkup was born to his father Philip Kirkup and Pamela Kirkup. Besides the names of his parents, no further information on his parents surfaced as of this writing.

Moreover, Toby had two older siblings, Dominic Kirkup and Samantha Kirkup. None of his family members have publicly appeared and released any type of statements. However, they released an obituary for the Peaky Blinders actor.

The obituary stated: “Beloved son of Philip and Pamela younger brother of Dominic and Sammy. Much loved father to Isabella and dear friend to many. Private service at Church of St Thomas, Thurstonland on Monday 21st of September followed by a private committal at Huddersfield Crematorium. Family flowers only, please. Donation in lieu of ACA UK. All enquires to Highfield Funeral Service Tel 01484 428243.”

Talking about social media reach, he could be discovered on Facebook. He used the real name on his Facebook and had 216 friends on the platform. However, he was inactive on the platform since January of 2016.

He could also be discovered on Instagram where he garnered 74 followers until July 2021. He only made a total of 11 posts on the platform.

Toby Kirkup attended Shrewsbury School and graduate in 1990. He attended Iron Mill College where he studied Transactional Analysis Psychotherapy. In September of 1990, he joined Thames Valley University where he studied Hospitality Management.

As for his jobs, Toby worked at Sky Research, British Telecommunications plc, and press reporter at Emmerdale.

Toby was also a Psychotherapist at SMCP, General at Appleby’s, Presenter at Gaggia Caffe TV. He also featured in Emmerdale, as well as playing  James Scotsman in Channel 4’s The Mill, and also had a role in the BBC production of Testament Of Youth.

Other than acting, Toby also worked as a writer, stagehand, and TV presenter. The actor was a big fan of Shakespearean roles. He participated in productions of Richard III and Henry V for the Manchester-based Ragged School Drama.

Toby Kirkup was in at least one relationship. Out of that relationship, he had his beloved daughter named Isabella Emilie Kirkup. But, based on his Facebook, the relationship didn’t last very long and he and his partner decided to part ways. 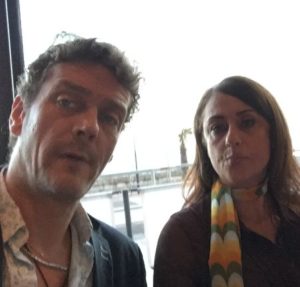 But, it seems Toby started raising his daughter as a single dad. But, at the time of his death, he was in a relationship. His Facebook stated that he was in one. But, he kept his lips tight when it comes to revealing information on his partner.

Since the details on him being married were never shared, so Toby supposedly didn’t have a wife.