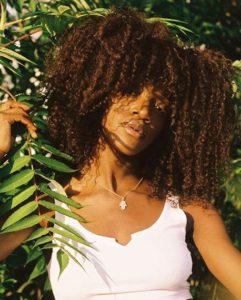 Tatiana Alexis Robinson is best known for her hit singles like Open, Love Me, Damaged Soul among several others. She refers to her fan base the Angel Movement.

This article attempts to bring all the professional and personal details on Lexxy in a wiki-type format.

Tatiana Alexis Robinson AKA Lexxy [Angel Babe] is an American R&B singer from Bronx, New York. She was born in 1997. She moved to Pennsylvania when she was in high school.

Not much family details on Lexxy’s family was shared.

In an interview with freemag.com, Lexxy mentioned that she came from a musical household. Her mother was a singer, and most of the members of her family.

Lexxy is a self-taught guitarist. She cites Lauryn Hill as her idol and inspiration.

Lexxy started singing from an early age. Being brought up in a musical household she was exposed to 90’s songs mostly.

Lexxy released her debut project Things Have Changed on 14 December 2015. The project consisted of 8 tracks and was dropped under the record label No’Lee.

Lexxy is soon to see a rise in her net worth if she keeps on doing what she does best.

From Us:  Cameron Mathison Cancer, Wife, Kids, Family, Net Worth

Lexxy was in a relationship with an anonymous person that she spared no details on. She was dating a guy and even got impregnated by him.

It was around the time she was in high school.

Lexxy was reluctant to bring her the child on earth because of the nature of her boyfriend. To avoid the pain and injustice to her unborn, she resorted to having an abortion.

She often reflected and noted that the relationship to be toxic.

Selah Marley, popular as the daughter to singers Lauryn Hill and Rohan Marley, is an aspiring model and a...