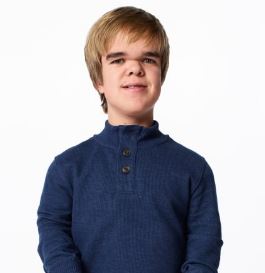 Jonah Johnston is the eldest of the biological children of Trent Johnston and Amber Johnston, the parents of TLC’s reality show 7 Little Johnstons. He began gaining attention as he introduced his new girlfriend on the show in January of 2021.

Not only that, but his life as a whole has grown people’s interest. So, delve into this wiki to learn more about Jonah Johnson.

According to Famous Birthdays, Jonah Johnston celebrates his birthday every year on 1 December. He turned 21 years old in 2020. Based on his date of birth, Jonah secured Sagittarius as his zodiac sign.

Jonah Johnston was born to his father Trent Johnston and mother Amber Johnston. Trent Johnston worked as a ground supervisor for a college in Georgia. Whereas, Amber is a realtor for Washburn & Associates.

Moreover, Trent Johnston and Amber Johnston dated for almost three and a half years before they tied knots on 21 November 1998.

More on Jonah’s family, he has a younger sister named Elizabeth who was born out of a dangerous pregnancy. Whereas, Jonah has adopted siblings: Anna from Russia, Alex from South Korea, and Emma from China.

Furthermore, among Jonah’s siblings, Elizabeth is considered the social butterfly of the family. Anna Johnston was the one to go through spinal fusion surgery during her teen years.

As for Emma, she took karate lessons and also signed up for cheerleading camp and swimming lessons.

Physical short-comings have been quite a challenge for Jonah Johnston but he accepted and overcame it every day to see the better side of being alive. He stands tall at a height of 4 feet 4 inches (1.32 meters). Moreover, Jonah weighed not more than 51 kilograms (112 lbs).

Among the health issues common with dwarf people, but Jonah was plagued by multiple health problems. But common of all the health issues is having large foreheads with a normal-sized torso. Not only him, but the whole Johnston clan faces the same problem.

Jonah Johnston created his Instagram account and posted his first on the platform in 2016. As of this writing, he only made a total of five posts. However, his popularity as a TLC star earned him 44.8k followers which is quite an impressive number.

In the same way, he was also on Facebook but didn’t actively post on the platform. However, he didn’t seem to have any presence on Twitter.

As shown by the last season of 7 Little Johnstons, Jonah, as the eldest of the 5 kids to Trent and Amber, went to college near his family home. He chose the school so he could help around the house to support his parents.

However, his decision to drive his siblings to school and helping his parents affected his grades. As the season indicated, he had been struggling with getting good grades.

But Jonah’s father Trent saw it differently. Trent claimed the only reason Jonah’s grade was degrading was all because of his laziness and procrastination. But in Jonah’s defense, he spoke that his parents are extremely hard on him.

But, Jonah discovered fame when he and his other six family members were featured in the TLC’s reality show 7 Little Johnstons. The family suffered achalasia dwarfism so the people all over showed appreciation towards the family.

As of the time of penning this wiki, the Johnston family already completed 7 glorious seasons moving to its 8th. The show has been as popular as it ever was. As reported in THE List, the Johnston family kept the 10 percent cut of each budget. Which meant. the family earned $25,000 to $40,000 per episode. In fact, Jonah Johnston stacked a total net worth under $100 thousand from the proceeds which he received from the show.

Little Jonah Johnston is no longer a kid and has been exploring love and relationship as a young adult. The first-born child of Trent and Amber introduced his girlfriend Ashley on 5 January 2021’s episode.

However, the relationship saw a few potholes and tremors and shaking. His parents didn’t show any emotions towards his girlfriend.

And this fact troubled Jonah immensely. Plus, his parents have grown affectionate with his sister’s boyfriend who just started her as a college student.

The reason which viewers, as well as Jonah, believed was the lack of enough time to have proper communication to get to know each other better. Whereas, Ashley’s reserved nature might also be one of the other reasons for her the distance between Jonah’s girlfriend and his parents.

As for Ashley, she opened up about keeping a secret of moving in with Jonah, a big step for a newly dating couple. She starred on Jonah’s Instagram account but didn’t seem to own any social media account where she publicly shared her interest.

In 2018, Jonah also reportedly dated the one Kara. On 9 August 2018, Kara appeared on Jonah Johnston’s Instagram. However, the whereabouts of Jonah Johnston’s relationship with Kara remained obscure.