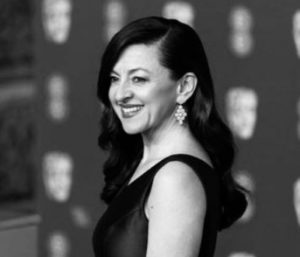 Jo Hartley, full name Joanne Victoria Hartley, is an English actress who appeared in many British television shows and movies.

Now, almost a two-decade in the industry, her perception, and ideology on acting, filmmaking, bringing out the best in a certain character, and more is just impressive. A part of which is, she believes people from her business should portray live as it is because people want to see the truth and feel connected.

Jo, herself, has always loved watching movies. She grew watching the great actors like Al Pacino and Robert DeNiro and made them her inspiration. Other than this she derives it from life and great performances.

Tune in to the writing and no more about this supremely talented artist.

Jo Hartley was born on March 12, 1972, in Oldham, Lancashire, the United Kingdom.

Her father is no longer live. In June 2020, on the occasion of Father’s Day, she remembered her father. She shared some old pictures of him and her mother and wrote:

“Happy Fathers Day Daddy Richard. We love and miss you. You brought such Joy, Love and Laughter to our lives.” 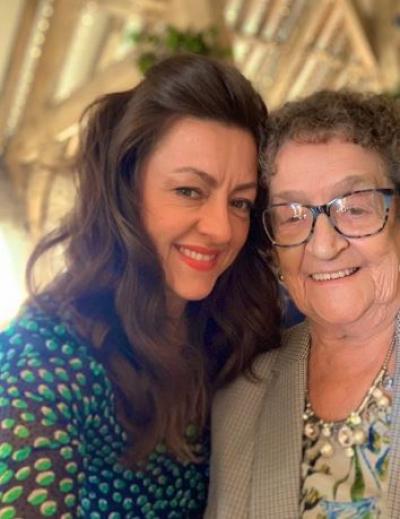 Further, she has an aunt named Elizabeth Hartley, working for Otto Preminger for several years. While based in New York City, Elizabeth worked on his final film The Human Factor (1979), as his PA and assistant. And her two sons and Jo’s nephew, Richard and Gary Hartley, composed some of the music for the movie.

Talking of Jo’s early life, she attended North Chadderton Comprehensive School. When she was eleven, she performed in ‘The Sound Of Music’ as Gretel and got her first taste for acting.

Eventually, she joined Oldham Theatre Workshop until her father died the year she turned seventeen. She then decided to travel and put her acting on hold.

For five years, Jo lived in Japan and returned home to revisit her acting aspirations. She ultimately joined Questors Theatre Group in Ealing, London and went on one on one tuition with various acting tutors in there.

During a commercial casting circa 2002, Jo met the Award-Winning British film director Shane Meadows. They worked together on the project and Shane further invited Jo to an audition for the crime drama thriller film Dead Man’s Shoes. She got the role of Marie which was her first feature film. This was the beginning of her professional acting career.

Over the course, she notably worked in the British TV shows including This Is England, Not Safe For Work, After Life, Bliss, In My Skin as well as in movies, The Young Victoria, Eddie the Eagle, Slaughterhouse Rulez, and Torvill & Dean.

She is a replica of her mother and looks stunner, even in her late forties. Last reported, she weighed 59 kg and had 34-25-32 inches measurements.

As of this writing, there was no news, or gossips, or declaration of some sort, in answer to the query if Jo had been married or not.

However, there were some online outlets wrongfully claiming that Richard and Gary Hartley were her kids. In reality though, as above mentioned, they are Jo’s aunt’s sons.

It seemed she had not yet exchanged the vows in real life. Although she did it quite a times in her TV and film roles.

From what it looks like, she also never developed real romantic feelings for her co-stars. Although she shared very special bonding with Northern Irish comedian-actor Michael Smiley.

“I like to think we’ve been brought together by the universe for a reason. I’m just not sure what that reason is yet…”— she said about the 52-year-old actor at, some point in 2015.

Jo shared an equally friendly and loving bond with Michael and the kids.

While it was Jo’s charismatic, straight-shooting, and very loving, nature that pulled Michael to such a rare strong friendship with Jo, in a profession like theirs.

On the TV show “In My Skin,” Rhodri Meilir portrayed Jo Hartley’s husband.

BBC in collaboration with Hulu premiered the season 1 of the TV show In My Skin based on the 2018 short movie...

The versatile actor, Rhodri Meilir was once again in the limelight in 2020 as he was cast as Dilwyn...