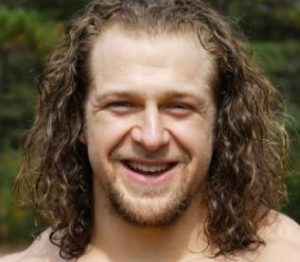 If you are a fitness enthusiast, then Jujimufu might not be a new name to you. He and his best friend/workout buddy Tom Boyden were pretty popular in the muscle world for their friendship and collaborated workouts. However, in March 2021, the two parted ways! which obviously upset many fans.

Keep reading this wiki to learn about Jujimufu’s side of the story, and more about his personal life.

It was 2012 when Jujimufu and Tom Boyden first filmed their video together; where Jujimufu taught Tom how to backflip, and also gave advice on workouts. Soon, they became close friends and started making videos together.

Fast forward to over eight years of collaboration, on March 19, 2021, Jujimufu shared the news about their split over Youtube. He said,

“I have decided to part ways with Tom. I have not come to this decision hastily or lightly. Continued collaboration with Tom is no longer possible.”

Also, he renamed their Youtube channel from “Jujimufu and Tom” to “Jujimufu”.

Though he didn’t reveal what was the actual reason for their split, a “court case information” suggested that Tom allegedly stole over 100k of Grip Genie’s money to pay for his gambling debts.

So, maybe Jujimufu wanted to stay away from that drama.

Jujimufu stepped into this world as “Jon Call”, born to parents James and Gloria Call.

His father, James is a fitness enthusiast as well, who loved to “bike, hike, garden, car camp, build stuff”, and mostly run marathons. Even at the age of 68 (as of 2021), James could climb a 30 mins Jacob’s ladder with a 14.5 kg (32 lbs) hiking backpack. Now, we know where Jujimufu inherits his stamina from.

Also, Jujimufu’s dad was featured on his Youtube channel, where he flaunted “my 68 years old dad can lift more than you.”

Over Instagram, Jujimufu’s dad and mom went by the name “@mufudad”, and “@mufumom”.  The two celebrated their 46th wedding anniversary on September 8, 2020.

Talking about his siblings, Jujimufu has a sister named Courtney Call Ratliff who was happily married with two kids. Also, he has a brother named Matt Call who worked at Bentley Hyundai and lived in his hometown, Huntsville, Alabama.

Likewise, Jujimufu also hails from Huntsville, Alabama. But before 2021, he was living in North Carolina.

Trivia: The name “Jujimufu” was created after the 14-year-old-him wanted a username for AOL messenger. But all the names he wanted were taken. So, he raged and spat out “Jujimufu” — which has stuck with him forever since then.

Jujimufu stands tall at a height of 5 feet 10 inches (177 cm) and weighs around 109 kg (240 lbs). He has a huge body, which is almost impossible for regular bodybuilders to achieve in such a short time. So, he might probably be taking steroids.

If you compare his body from 2016 with his body now, you’ll understand.

Even there were many Reddit claims that Jujimufu was “juicing”.

As for his diet, Jujimufu ate a “generic bodybuilder diet” that included 6 meals a day. He preferred high protein, and carbohydrate intake, and reduced fat intake.

Jujimufu flaunted a net worth of around $2 million in 2021. To make a living, he was solely dependent on his fitness career. However, before 2016, he worked as a technical manager for a biotechnology group for 7 years after he graduated college.

Training since 1999, Jujimufu started teaching himself something called tricking — an aesthetic blend of flips, twists, and kicks. And by 2002, he even launched a website that showcased his “tricking” where he gained many followers. Later, in 2016, he competed on America’s Got Talent Season 11, where he did a weighted chair split, which grew his popularity even more.

His first-ever “tricking” training started at the age of 15, in his backyard, after he discovered it in an online video. It was a year after he started attending a gym right across the street from his school. He recalled that it was his parents who got him a gym membership and encouraged him.

But even before that Jujimufu was already training Taekwondo. So, he always was kind of an athletic guy.

Talking about his Youtube, it was renamed “Jujimufu” in March 2021, which flaunted 1.29M subscribers then. According to “SocialBlade”, his estimated earning was $7.9K – $125.7K per annum.

Jujimufu also sold his fitness programs online. He had several books that incorporated his years of experience. The books ranged anywhere from $25 to $70. Aside from books, his site also featured merch like tank tops, hoodies, and pants as well.

The fitness fanatic, Jujimufu chose a life partner who was into workouts and training as well. His wife, Sam was once seen on his IG, where the two bench-pressed together from the bed. Over the video, she lifted one side of the bar, while Jujimufu lifted the other, and we can vouch — she is strong! 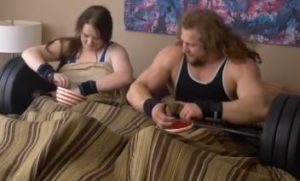 Jujimufu’s wife was also close to Tom Boyden. While Tom was hospitalized in October 2020 with severe Crohn’s flareup, Jujimufu and Sam visited him often and stayed by his side the most.

To express his love for them, Tom shared,

“Jon and his wife Sam are the greatest friends I could have around. 48 hour liquid fast + laxatives + colonoscopy, gonna be a beautiful day.”

Addressing the rumors about his divorce, Jujimufu didn’t seem to have separated from his wife then. Except for the time when he “left” her to join “Cirque du Soleil” in Oct 2018. However, his Youtube video titled “LEFT MY WIFE TO JOIN CIRQUE DU SOLEIL”, was obviously clickbait.