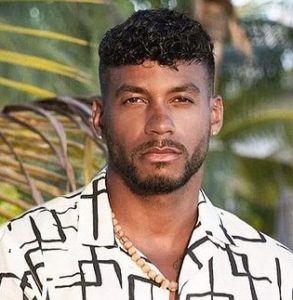 It is a fact that many of the reality dating shows like The Bachelor franchise, Too Hot To Handle, or Love Island shows have done pretty well in the television scene. In hopes of being one of the top shows in its genre, HBO Max‘s FBoy Island is finally here.

The premise goes like this: three women on an island are joined by 24 men, where twelve of them are “f*ck boys” and the other half are self-proclaimed “nice guys”–who will the women settle with?

In the third episode of FBoy Island, three more men were introduced to the viewers to double up the drama. Jarred Evans was one of the three latest addition. Learn about his FBoy Island stint in this Jarred Evan wiki below. Also, get insights into Jarred’s age, job, family, and girlfriend.

The first three episodes of FBoy Island premiered on HBO Max at the end of July 2021. Jarred Evans was introduced to the viewers in the third episode of the dating reality TV show, along with his fellow cast members Jomar Josue Perez Adorno and Welcome Tjelmeland.

Jarred identified himself as a “nice guy”. He fought for a woman and a hefty cash prize of $100 thousand in the show.

In his arrival, itself, Jarred ruffled a few feathers. He even swept Nakia off her feet in the third episode of FBoy Island.

Reportedly, Jarred was not eliminated as of Episode 6. The elimination process works a little differently in FBoy Island. Instead of directly sending them home, the eliminated contestants are shipped off to “Limbro” and “Nice Guy Grotto” depending upon what they identified as while joining the show.

Jarred Evans was 29 years old as of 10th August 2021. It has not been long since Jarred turned 29 as his birthday falls on the 6th of August. Going by his birthday, Jarred’s zodiac sign is Leo.

Jarred Evans was born and raised in her hometown in Queens, New York. Jarred’s ethnicity is mixed as he has German, Italian, and Native African roots.

Coming to his parent’s info, we only knew about Jarred’s dad as of August 2021. His name is Eugen Mauser Evans and he went to United Nations International School for education. Eugen has already been featured on Jarred’s Twitter. Jarred wished his dad a very happy birthday on February 13, 2016, alongside a sweet caption.

As for Jarred’s siblings, he has a brother and sister. Recently, Jarred lost his brother, Joshua Evan. In February 2021, Joshua left the world after spending more than a year in an induced coma.

Jarred wrote, “We’ve done everything to see if he would pull through, but the Lord has placed him in good hands now,” in an emotional tribute to his brother.

Jarred’s sister’s name is Gypsy Evans. She went to the High School of Fashion Industries for education. As of August 2021, she was in a relationship with Charles Benjamin Eaton Sr.

One thing we can know from his socials is that the reality TV star loves to travel and take shirtless photos.

Jarred Evans describes himself as a “model, actor, professional athlete, and entrepreneur.”

To talk about his athletic background, Jarred plays football. He started playing football at a young age. In his college too, Jarred was a part of the varsity football team. His professional football career started after he signed with Towson after graduating high school. However, he eventually played for the University of Cincinnati Bearcats.

Jarred also played as a quarterback for the Wuhan Berserkers for two years. According to ABC, the footballer was due to report to a pro team in Switzerland in February 2020. However, the coronavirus disrupted the global professional league.

As an entrepreneur, Jarred owns Repute Exotic & Luxury Rentals in Miami, Florida. The company’s Instagram page describes the company as an enterprise for “everyone from high-profile clientele to daring visitors with a taste of luxury.”

Jarred was also a co-chief executive officer at NuNu Car Service, a company based in New York, in the past.

Jarred’s promotional pictures for the show FBoy Island revealed to us that Jarred is into girls wearing glasses.

On March 23, 2015, Jarred even uploaded a picture supposedly with his girlfriend at the time on his Facebook. He had captioned the picture as “Great weekend.” 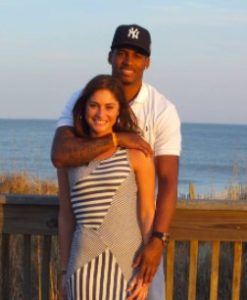 Jarred Evans with his supposed girlfriend circa 2015.

However, FBoy Island star was single in 2021. No wonder, he had been a part of a reality TV dating show.