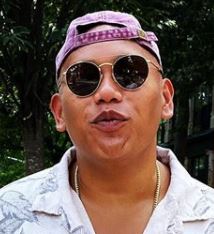 Jacob Batalon is an actor famous for his role as Ned Leeds, best friend of Peter Parker, in Spiderman: Homecoming and other subsequent Marvel movies.

Read about the young actor below.

Jacob Batalon was born to parents of Filipino ethnicity. His hometown was Honolulu, Hawaii, United States.

The names of Jacob’s parents were not known. His mother frequently appeared on his Instagram and Jacob seemed to respect her a lot. According to Jacob, his mother was the one who provided for Jacob and his siblings when they were growing up.

His father on the other hand was entirely missing from his Instagram. That could make one think if his father was actually with the family.

On his Instagram, Jacob had frequently addressed Alvaro Trujillo Diaz as his brother. However, it was unknown if Alvaro was his actual sibling or an almost-like-a-brother kind of friend.

One of the things that truly shocked the fans in recent times was Jacob Batalon ‘s incredible weight loss. Before going through the weight loss, Jacob weighted 100 kgs or 220 lbs. And he was a very short guy with a height of 5 ft 5 inches.

Having 100kgs of weight with a height of just 5 ft 5 inches meant that Jacob was seriously overweight. He needed to lose weight and the people concerned about him told him so.

And BAM! On 9 October 2020, Jacob Batalon posted on his Instagram a photo of himself, where he was thin. Thin as in he was completely unrecognizable in his new avatar. He must have gone through some 20/25 kgs of weight loss. But of course, the exact number was not available.

How Much Is Jacob Batalon Net Worth?

Before starting his acting career, Jacob got his high school education from Damien Memorial School in Honolulu, Hawaii. Then he went on to study at Kapi’olani Community College in his hometown of Honolulu as well. He studied music theory in college but did not complete his degree.

Later, he studied acting at New York Conservatory for Dramatic Arts in NYC.

Jacob made his acting debut in the 2016 horror movie North Woods. Jacob did not have to wait too long for the big opportunities to come knocking at his door. The very next year, he appeared in Spiderman: Homecoming.

Jacob played the character of Ned Leeds, the best friend of Peter Parker. He reprised the role in the subsequent Marvel movies like Avengers: Infinity War, Avengers: Endgame, and Spiderman: Far from Home.

Apart from the Marvel movies, Jacob has also worked in movies like Every Day (2018), Blood Fest (2018), Let It Snow (2019), etc. And in TV shows like Bubble Gang, 50 states of Fright. Currently, Jacob was filming for another Spiderman sequel.

Jacob Batalon’s net worth (as of now) was $1.5 million. Compared to the net worths of his Spiderman co-stars (Tom Holland: $15 million; Zendeya: $16 million) it was not too much. But still, for an actor of Jacob’s age, it was huge.

No. According to our sources, Jacob Batalon is straight. In fact, he started currently dating a girl named Kelly. Her Instagram handle is called “neverbehave_thatsboring” and her bio had the name, Kelly. Her last name was not known. Read more about her in the next section.

Despite being straight, Jacob Batalon is a supporter of gay rights and greater representation for gay (and other queer people) in cinema. In fact, in an interview, he expressed the opinion that he would very much like to see a trans-superhero.

As we have already mentioned, Jacob Batalon was dating a girl named Kelly. Unlike himself, Jacob’s girlfriend was not a movie star but her Instagram had a decent following of 4k. That was mostly because Kelly loved traveling. In fact, her Instagram is full of pictures of her at different beautiful locations.

Apart from the fact that Kelly was a travel-lover, not much was known about Jacob’s girlfriend. She never revealed anything personal on her Instagram, and neither did Jacob for that matter. In 2019, Jacob and Kelly appeared on the red carpet together. That was Kelly’s red carpet debut. 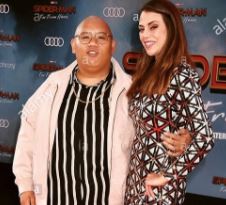 Jacob Batalon and his girlfriend Kelly walking the red carpet during the premiere of Spiderman: Far from Home (PC: Jacob’s IG)

As of 2020, it remained unknown when did Jacob meet Kelly and when they started dating. So, it was hard to tell where their relationship was heading, whether Kelly was going to be the wife, or it was too soon.