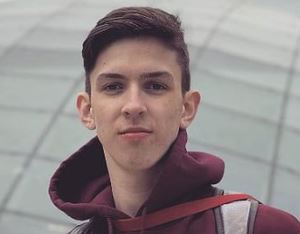 Netflix’s The Circle US season 2 is here, and Jack Atkins a.k.a. Emily is one of the contenders to watch out for. Despite his young age, Jack seemed composed about joining the game, and maybe, he just might be the first young one to win the show.

So, who is he? Delve into his personal life over this Jack Atkins wiki.

Jack Atkins was 20 years of age when first competed on The Circle US season 2 in 2021.

Information on his birthday and zodiac wasn’t shared.

Growing up in his hometown New Haven, CT, Jack Atkins was always an athletic kid. He loved playing football but was more into basketball. In fact, the love for the sport ran in the family. No wonder, his mother was a semi-professional basketball player overseas.

During his high school days, Jack was one of the Boys Varsity Basketball Captains. He shared that he played basketball since 7th grade, and loved the fact that “you can play both offense and defense, unlike some other sports.”

Talking about his siblings, Jack has at least one brother.

Apart from sports, Jack was interested in traveling. Before coronavirus pandemic 2020, he’d taken a trip to South Africa — where he was seen in Cape Town and at a South African game resort.

To sum of his socials his bio wrote,

“Not a huge Twitter guy, so you’ll probably see either my dumbest takes or most ambitious jokes here.”

Jack Atkins was a college student when he appeared on The Circle US in 2021. He had yet to embark upon a career then. However, gathering experiences, he interned as a financial analyst at BakerRipley, and as an athletic marketing intern at Yale Bulldogs Athletics.

Also, before that Jack Atkins took on a job as an after-school counselor at Beecher Road School in 2018, and as a reception manager at NextDecade in 2016.

In light of his education, Jack graduated from Hopkins School in 2018 and went on to join the University of Chicago for his bachelor’s degree in Astrophysics and Economics. He will be graduating in 2022.

Over his 2018 senior quote, Jack sarcastically wrote, “‘Key models predicts big election for Clinton.’ – CNN 2016”, which could hint that he was republican. Also, over the question “Where do you see yourself in 10 years?”, Jack answered, “2028”.

Jack Atkins The Circle, Who Is The Real Emily?

Appearing on The Circle US season 2, Jack Atkins shared that he would do anything he can to win the competition. He said, “I think I’m the ultimate wolf in sheep’s clothing,” Willing to lie, cheat, or steal to win that $100,000 prize, Jack claimed, “When it comes to strategy, there’s no f*cks given. Morals get outta here. I don’t wanna see ya.”

Furthermore, Jack told his fans straight off that he was “down to go down as the biggest villain in Circle history.” His strategy involved a catfish profile, “Emily”, who according to him was a “cute, short, sweet” 21-year-old college sorority girl who loved rom coms and reality TV like Selling Sunset. Also, Jack seemed all prepared not to get caught up with questions about female particularities, and will hopefully know what to say during girl talk.

The self-declared “nerd”, Jack shared that the real Emily was his “close friend” in real life. However, her name is Mariel Glass and she was also a student of the University of Chicago studying business econ. According to her LinkedIn page, Mariel was a research assistant at UChicago Medicine.

Who Is Jack Atkins Girlfriend?

Jack Atkins might appear as the “biggest villain” in The Circle US but we cannot judge him solely based on his “strategy”. The guy has many fans and admirers, who loved him for his will to risk morals for medals. Moreover, a few ladies were ready to be his girlfriend.

But as of early 2021, Jack remained silent about his dating life. Considering his cunning strategy, it was understandable that Jack wanted to keep his love life out of the fraction.