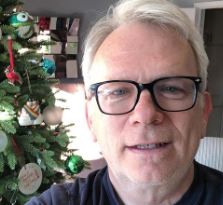 With a strategy to be the perfect catfish, Lee Swift entered Netflix’s The Circle season 2 pretending to be a 24-year-old waiter named River. And within just the first few episodes, Lee had already stolen the viewer’s hearts.

So, who is he? Learn all about him over this Lee Swift wiki.

Corresponding to his birthday, Lee is of the Virgo zodiac.

Lee Swift was given the name “Roy Lee Swift” by his mother, Lana McLemore. She is an SMU alumna and was a writer by profession. Over Facebook, she tagged herself as “single”, and also looking at her posts, she seemed happy about Lee’s participation in The Circle.

Talking more about Lee’s family, he has a 5-year-younger sister named Lisa Swift. She is an Angelo State University graduate and was working as an Office Manager at Lewright Family & Cosmetic Dentistry.

Apart from her, some names associated with Lee included Patricia Swift, Roger Swift, and Mary Lybrand.

Also, Lee had a step-grandmother named Norma Jean Abbott who passed away on February 16, 2008, at the age of 74.

As for his hometown, Lee hails from Dallas, TX.

Mentioning his distinct features, Lee has charming blue eyes, white hair, and a small gap between his upper incisor teeth.

When Lee Swift was not pretending to be a 24-year-old waiter and student on The Circle, he wrote books. Like his mother, Lee is an author who wrote novels under a pen name. Thus, Lee called himself the “original catfish.” He said,

“I have been a catfish before they used the term catfish.”

Among his multiple personas, “Kris Cook” was his most famous one. He revealed that he wrote over 39 books, and mostly wrote romance novels like Misty’s Bondage Diary, Primal Desires, and Holiday Beaus. Also, he collaborated with his mother a few times to write some hits like  Morvicti Blood, and Men Without A Cause.

Apart from writing, Lee took on no other jobs.

Yes, as of April 2021, find Lee on Instagram @leeswiftauthor with 1.5K followers, and @kriscookauthor with 863 followers. The contents on both of his accounts were almost identical.

Lee Swift The Circle, Who Is The Real River?

Lee Swift is a self-proclaimed “professional liar.” However, he first thought about being honest and coming in as himself in The Circle. But he changed his mind later as he expected biases like — older, successful, and probably conservative (which he wasn’t).

So, he made a catfish character “River”, who was a 20-year-old gay student. Lee revealed that his inspiration for “River” came from his 24-year-old friend, Doak Rapp who like in Mertzon, Texas but wasn’t gay in real life. Lee even shared  Doak’s picture over his IG and The Circle.

Also, he shared that before coming to the show he asked his 20-year-old niece for help with all the “social media slang”.

Overall, Lee’s strategy was to build his Circle character as the one who just came off a bad breakup because he didn’t want to have to flirt with anyone on the show. And also, he was planning to let some of his regular personality infiltrate the character he’s built.

Lee Swift is an out and proud gay man who was with his partner Stephen Pattay a.k.a Stephen Joseph for 32 years. The two seemed so in love as they appeared on Lee’s IG, just out on a walk or sharing dinner with Lee’s mom.

Little info about Lee’s partner: San Angelo, Texas native, Stephen is two years younger than Lee and celebrates his birthday on March 29. He is a former Credit who worked at San Angelo National Bank (Southwest Bank) and Comerica Bank, and as of 2021, he was working at JPMorganChase. For education, he went to Central High School and later attended Angelo State University. 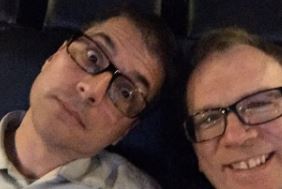 Lee Swift aka River with his partner, Stephen (Source: Instagram)

According to this IG post, Lee and his partner, Stephen got married in July 2014. In 2021, the lovebirds resided in Dallas, Texas, alongside their cute dog. They shared no kids then, and no plans to adopt one as well.