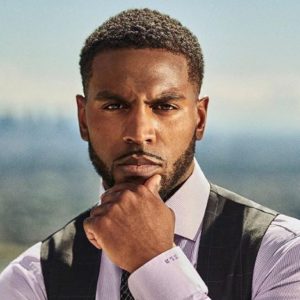 Featured on the VH1’s reality series Love & Listings, Zac Diles was in the real estate industry for over 5 years. He started working as a realtor after he took a break from his 7-years-long NFL career in 2015.

The ladies man, Zac had very little luck in romance during Season 1 of Love & Listings. While he may have angered some of the audience with his treatment of former-girlfriend Samantha Barretto, Zac was back in Season 2 to redeem himself.

DIvluge into the world of Zac Diles as you tag along with the wiki-style article. Moreover, get to know his net worth, parents, and siblings as the article proceeds.

Born – November 6, 1985, Zac Diles was 35 years of age when the “black lives matter” protest started in 2020. In support of the movement, Zac followed the #blackouttuesday trend over his Instagram.

In an interview with The Wichita Eagle, Zac confessed that he has fallen victim to racism as well. He shared that after winning a big game against The University of Texas in 2006, Zac tried to celebrate the victory with his teammates at a local house party — but he was denied entry because of his skin color.

Corresponding to his birthday, Zac is of Scorpio zodiac.

Talking about Zac Diles’s parents, while his dad remained anonymous, it seemed like Zac and his sibling was raised by his mother. On Jan 16, 2020, Zac took it to Instagram to express how his mother’s sacrifices made him who he was today.

Leaving the past behind, Zac’s family had come to a better place then. Zac had his well-salaried job as a realtor, while his brother, Awan Diles was the Defensive Coordinator (coach of American football) for Grace Brethren High School.

Playing for the NFL, Zac Diles was an inside linebacker who was drafted: Round 7 (#218 overall) in 2007. He signed a one year contract with Houston Texans on October 28, 2014, with an average annual salary of $855 thousand including a bonus of cap hit, workout, roster, and restructure.

So why did Zac choose to become a realtor after leaving the NFL  — of all the career he could have embarked upon?

“I can relate! When I was in the NFL, I moved around a lot. I got to see the cost of living in other states.”

Zac had to travel around a lot during his NFL career. During the time his friends would flaunt their mansion and soon Zac was fascinated by the different architectural elements.

So with everyone around him buying and selling property, it was an easy decision for Zac to step into the real estate career.

Coming to his distinct features, Zac is a handsome man with a well-built physique. Also, his signature extended goatee was loved by most of his fans.

As of 2020, Zac had over 22.1K followers on his Instagram @zacdiles and over 5.7K on his Facebook @Zac Diles, Real Estate Professional.

Also, he soon had plans to come over Twitter too.

Zac Diles didn’t seem to be dating anyone as of July 2020. Previous, he was in a relationship with Black Ink Crew: Chicago’s star Katrina Jackson (aka Kat Tat). However, it is unclear when the duo broke up.

Just in case if you don’t know about Zac Diles’s ex-girlfriend Katrina, she is a  highly-sought tattoo artist who has worked at 9Mag studio and appeared on the spin-off reality series Black Ink Crew: Chicago.

On season 1 of Love & Listings — Zac’s girlfriend before Katrina, Samantha Barretto was trying hard to win him back. But at the time, Zac was in a relationship with Katrina and he ended up humiliating Samantha for her efforts.

Later, as he broke up with Katrina, Zach began to shower his attention and affection on Samantha. While Samantha was forgiving and dreamt of being Zach’s wife, fans didn’t take the act too well and flooded Zach with hate comments.

More on their relationship would soon unfold on season 2 of Love & Listings.