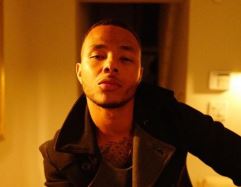 As noted by major publications, Gregory skyrocketed to fame after portraying Tyler Crowley in “Twilight.”

What’s more, he fought for Kristen Stewart’s character’s love and attention in the said movie.

The wiki below provides everything you need to know about Gregory.

Per reports online, Natalie was three years younger than Gregory. Furthermore, they had been dating for more than a year.

A GoFundMe profile set up described Natalie as a “loving daughter, niece, sister, cousin, and friend.” Her family continued,

“Natalie had so much life to live [and] we are saddened that her life was cut short. Natalie leaves behind her one and only baby boy Egypt, her father, two brothers, and one sister, and a host of family and friends who love her dearly.”

As for Gregory, he had welcomed a daughter named Alaya around 2010.

Gregory Tyree Boyce’s Cause Of Death Related To Drugs?

It was Gregory’s cousin who found the actor and his girlfriend dead. A source told E! News,

“Greg’s cousin woke up and noticed that Greg’s car was still at the house. He was worried because Greg was to be in LA. His cousin went to check on him and found them.”

Authorities immediately declined to offer Gregory’s cause of death. However, TMZ claimed that “an unknown white powdery substance was allegedly also found at the scene.”

His Family And Friends Spoke Highly Of Him

Everyone loved Gregory Tyree Boyce. In a statement to TMZ, his family said,

“The Gregory we knew was intimate with the world and a good person. He was a very respectful and responsible man. He always put others first. The family would like to ask for our privacy as we mourn our losses and thank you for your well wishes.”

“Greg was definitely a person who loved life and [was] super positive… super animated, really witty, he was the life of the party. I will definitely miss him. He was one of my funniest friends in LA and made my experience there really memorable.”

Gregory Tyree Boyce Was Working On A Wing Business

In total, Gregory had two acting credits. According to his IMDB, besides “Twilight,” he also lent his talents on a short project “Apocalypse.”

Moreover, Gregory’s most memorable on-screen moment came as the guy who almost hit Kristen Stweart’s character with a van. As seen on “Twilight,” Robert Pattison’s character eventually saves her.

Based in Las Vegas, Gregory still commuted to LA, looking for acting gigs. Before his passing away though, he was in the process of starting a wing business named “West Wings.”

Lisa Wayne, Gregory’s mother, described him as the best chef. She then added that the late-actor had created several flavors and then named them after famous west coast rappers.

Nonetheless, Gregory’s net worth, before his tragic death, surpassed $100 thousand.