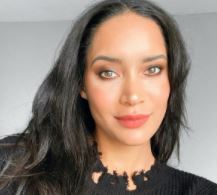 MTV’s Are You the One? star, Gianna Hammer who appeared on season five of the dating series, alleged a cast member of a sexual assault during one of the house parties. It was April 2021, when she first opened up about the accusations over a series of TikTok videos — claiming that she didn’t want to “go after or expose” the co-star, but rather just wanted to share her experience.

So, what happened? Learn all about it alongside her personal details as you move along this Gianna Hammer wiki.

Gianna Hammer Sexual Assault, Are You The One

Gianna Hammer claimed that she was “drugged” by Are You the One? production and “sexually assaulted” by a cast member while filming in the Dominican Republic in 2016.

Sharing details about the incident with The Daily Beast, Gianna alleged Lighthearted Entertainment of persuading her to let her co-star stay, instead of taking action against him. The only “actions” they took were — asking him to sleep on the couch and refraining him from further drinking.

However, Lighthearted Entertainment completely denied the allegations made by the former contestant

According to Gianna, during one of the house parties, she got extremely intoxicated and got into a heated argument with one of the male cast members. So, she was called to the confessional room, and “the three producers” asked her to calm down and gave her one of my medications.

After taking her med, Gianna remembers “being shaky and not knowing what had gone on”. The next day, her friends asked her if she remembered anything, and that’s when she started “really thinking and seeing some type of flashes.”

Gianna realized that she was “sexually assaulted” by a cast member, and as she “immediately” asked the producers for their input. They asked her to an NDA regarding the incident.

Yet again, Lighthearted Entertainment denied asking her to sign an NDA as well.

Overall, Gianna shared that she will keep fighting until justice is delivered. She confessed that the support from fans and other castmates including Tyranny Todd and Hayden Weaver (who confirmed parts of Gianna’s story) was “basically the one thing that is keeping (her) together right now.”

Gianna Hammer was 25 years of age in 2021 as she alleged her Are You the One? co-star of sexual assault.

Her birthday falls on May 27, making her of Gemini zodiac.

Mentioning her distinct features, she has hazel color eyes and a longer face.

Gianna Hammer didn’t talk much about her family. However, we have established a few names linked with her: Jake Hammer (sibling), Holly Hammer, and John Hammer.

As of 2021, Jake lived in Wadsworth, Ohio, married to Theresa Ciraldo. Reportedly, they tied the knot back in May 2017 and welcomed a beautiful daughter over a year later.

Gianna Hammer is a brow and fibroblast artist. In 2021, she was working as a “certified and insured” brown artist at Parlour59, where she charged $300 to book an appointment.

Also, she is an aspiring model who was signed to Docherty Model & Talent Agency then.

Apart from this, Gianna earned a few bucks from her side job as a bottle service girl at The IVY dance and night club.

In light of her training, she is certified for “Fibroblast Plasma Pen skin tightening”, by Amanda May.

As for her time on television, Gianna as appeared as “Pocahontas” on Disney Princess Go Back to School (2016), as “applicant 3” on Qualifed (2015), and “Zamayla” as The Brave Souls Who Fought Against the Slave Vampire Women (2015).

Gianna Hammer and her former boyfriend, Hayden Weaver first met on season five of Are You the One? After dating for a while, the “truth booth” predicted that they weren’t each other’s perfect match — which prompted them to put brakes on their blossoming relationship. However, the duo rekindled their romance the following season in March 2017.

On Valentine’s day, 2021, the lovebirds then shared the news about their pregnancy and welcomed a son named “August”, named after the month he was born, in August 2018. Soon after, the two also revealed that they were moving into their new home in Indiana.

Unfortunately, Gianna and Hayden broke up after 2 years of dating in late 2018 but waited until New Year 2019 to announce their breakup. Though they might have split, the duo promised not to bear “bitter hatred toward each other”, and be better parents to their son. Moreover, Hayden even vowed to be a better father to August.

The co-stars’ son, August Luck Weaver had already garnered 4.5K followers over Instagram by 2021. His account was run by Gianna then.

As of 2021, Gianna Hammer was single and labeled herself as “single momma, strong momma”.