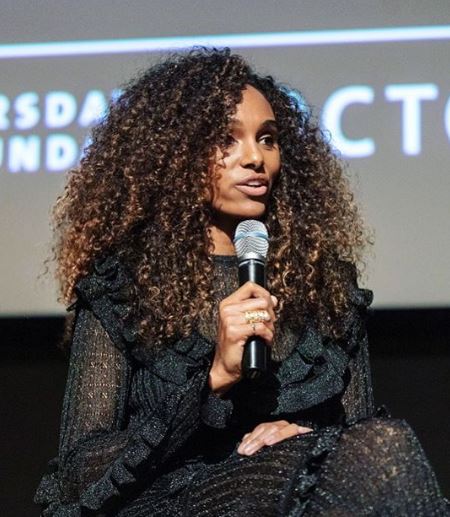 Gelila Bekele is an Ethiopian model, outspoken civil rights activist, and documentary as well as filmmaker.

Her work, as a humanitarian, generally centers on the cause— equal rights and access to education for girls and women.

Meanwhile, amid the coronavirus pandemic, she also played a pretty crucial role in promoting positive messages, be it through her social media. She continuously praised the sacrifices of the health care professionals on the front lines and encouraged everyone to ‘stay home’.

Below, in the writing, get to know Gelila Bekele in detail— her wiki (bio), family background, and marital status.

Gelila Bekele spent her early years living in a rural village— climbing trees and drinking goat milk straight from the goat itself. The family, then, moved to the city when she was only four-years-old and later relocated to Europe when Gelila was eight.

Gelila told TheCatWalk.com that she was raised, primarily, by her grandmother, Almaz; because, by the time Gelila was born, her mother was only 16.

Her grandmother has been a huge inspiration in her life. Gelila described her as a very strong woman who taught her the importance of education and showed her how truly it can change a person’s life.

Gelila inherited part Ethiopian ethnicity from her parents, details to whom remained unheard of as of the time of writing this article.

Talking about her siblings, Gelila was not the only child of her parents. She had a sister named Anna Wrossetti.

Gelila Bekele began her career when she was age 19: a freshman student at the University of California Berkeley.

At that point, she had moved to the United States from Europe, after graduating from high school. A scout for Ford Models had noticed her and she was quite hesitant about modeling, at first. But, eventually, in 2006, she began working for Ford Models New York and Ford Models Paris.

Plus, the beauty— as well as a brainer— owned the body measurements of 33-24-35 inches.

As previously established, Gelila Bekele was the long-haul girlfriend of actor, producer, and director Tyler Perry. 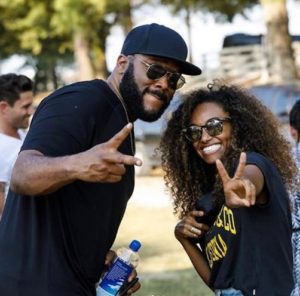 Despite more than a decade of romance, Gelila never referred to Tyler as her husband.

Gelila Bekele and Tyler Perry commenced their relationship back in 2009 and welcomed their only son, Aman Tyler Perry in 2014.

So far, the parents made sure to keep their young-one away from the public eye. Tyler spoke that it was a mutual-family decision of keeping Aman safe from the public— especially, the paparazzi:

“She (Gelila) and I are really good about that, making sure at 5 years old, he’s protected, he’s clear about who he is before people start telling him who he is. I’m good with that.”

By December 2020, Gelila and Tyler had broken up. The latter confirmed their split via IG. Sharing a mirror selfie, he wrote:

“This is what a midlife crisis looks like. I’m 51, single, and wondering what the next chapter in my life will look like. Whatever it looks like I’m going to walk with God, be the best father and man I can be, hold my head up high, and try to look my best doing it!! In a world with so much sadness, please try and stay in the good! Merry Christmas and let’s look forward to 2021 bringing us peace!”

The split, according to the source, was an amicable affair. Reportedly, Gelila Bekele continued to be best friends and raise their son.

Kathy Jacobs is just about a perfect instance to represent the fact that age is just a number. 56-years-old...

Not many get a chance to work in a superhero movie. On top of that, being lucky enough to play the role of...

Paloma Jimenez reached the pinnacle of success in her career through modeling. She started in her homeland of...