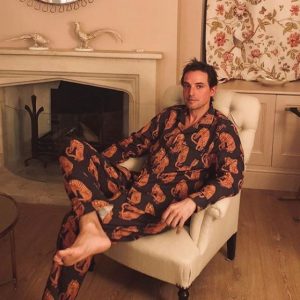 Alexander Gilkes escalated his career from an auctioneer to one of the most accomplished businessmen in London.

He previously worked for “Phillips de Pury & Company” and conducted some high-profile auctions during his early days. In 2011, he started his own online auction house, “Paddle 8” and the rest was history.

Know more about his career, relationship, and personal life in detail from this article

Alexander Gilkes was born (16 July 1979), raised and educated in a well-to-do family in London. His father, Jeremy Gilkes was a dermatologist by profession and was a reputed man in his city.

Alexander too was a charming young lad with an artistic personality. He completed his schooling at Eton College, Berkshire, and later graduated from the University of Bristol and Harvard Bussiness School. There he also got friends with Prince Harry.

After completing his higher education, Alexander served his time as auctioneer and executive in “Phillips de Pury & Company” & “LVMH”. Then he quit his job and opened his company “Paddle 8”.

The company helped him build a solid name and foundation for himself in the world of art and for that, he was also one of the most creative entrepreneurs in 2017.

Alexander Gilkes had a pretty good start to his career as well as his love life. He was married to Duchess of Sussex’s fashion designer, Misha Nonoo in 2012 in Italy.

Misha was also widely known to have got Prince Harry and Meghan Markle together but, unfortunately, couldn’t keep herself away from a divorce. After four years of togetherness, the husband and wife parted ways in 2017.

Although a setback for Alexander Gilkes, it was a new chapter in life. Soon he was seen with the Russian Tennis player, Maria Sharapova, and speculated to be dating the former tennis number one.

After a few months, in Oct 2018, the two confirmed dating each other and opened up about their relationship. 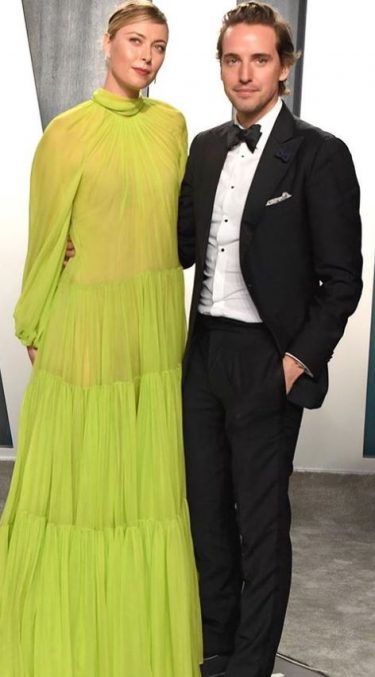 On 18th Dec 2020, Maria took to social media and confirmed her engagement to Alexander. On IG, she wrote— “I said yes from the first day we met❤️This was our little secret, wasn’t it 💍🥂@gilkesa”

Alexander also took to IG and celebrate their engagement. Sharing a photo of his wife to be kissing on his forehead, he wrote— Thank you for making me a very very happy boy and saying yes. I look forward to a lifetime of loving you and learning from you @mariasharapova #💍

Alexander Gilkes is one of the most renowned British businessman based in New York. His work was not only reputed to be good but was also famous for embracing an artistic touch in them

After leaving his job as an auctioneer, Alexander moved to New York in 2008 searching for ideal work to do. But, he took it upon himself to move forward and co-founded “Paddle 8”.

After “Paddle 8,” Alexander co-founded “Squared Circles”. According to the company’s website, Squared Circles is a venture studio, residing at the intersection of operations, branding, capital, and talent. We invest in, build, and accelerate businesses that improve the world around us.

Alexander received his start at LVMH. Working for the company, he built Krug Champagne— the company’s most recognized brand.

His love for art was the clear reason he chose to pursue a career in this field. Eventually, it also provided Alexander Gilkes with a lot of success and escalated his $10 million and more net worth.

Alexander got a chance to sit on the board of the New York Academy of Art and was on the list of “100 Most Powerful People in the Art World” for three straight years from 2014. He was also featured in the movie “Uncut Gem” as an auctioneer.

A contemporary art enthusiast, Antonie Arnault discovered popularity as the CEO of “Berluti.” The...