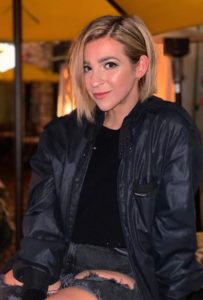 The world of entertainment has grown to a large scale and an unlimited array of talent is popping up into the scene from various platforms. One such emerging talent was Gabbie Hanna.

Gabbie always had the talent in her but did not quite get the platform to showcase them. However, YouTube played a vital role in her success and instrumental in taking her to a new height of success.

So, stay tuned and rediscover the personality that is Gabbie Hanna. In the piece below, get acquainted with her married status plus net worth.

Starting the year 2020, Gabbie Hanna marked her 29th birthday on 7 February and also started a new chapter in her career.

Since her zodiac sign is Aquarius, Gabbie possesses traits like being progressive, creative, and unique in many ways.

Gabbie Hanna was born as Gabrielle Jeannette Hanna in New Castle, Pennsylvania to parents James and Michelle Hanna. Moreover, she grew up in a closed knitted family of nine.

Alongside herself, her younger sister Cecilla Hanna is also a social media influencer and possesses a decent fan following for herself.

A multi-talented personality, Gabbie Hanna never let herself be limited to a certain area or field throughout her career. She kept on learning and improving her skills in various fields like singing, writing, acting, and many more.

Formally, she started as a YouTube personality but ended up being recognized as an artist who was capable of writing poems, sing songs, and even performs acts. Her vine channel “The Gabbie Show” first grabbed her popularity.

Post-Vine fame, Gabbie started off her very own YouTube channel where she posted pranks, challenges, vlogs, and much more fun content. Apart from that, 2017 proved to be the pivotal year as she published a book titled “Adultolescence” and released her debut single “Out Loud” and starred in the YouTube series, “Escape the Night”.

Similarly, she frequently guest-starred in podcasts and appeared in one named “Box of Thoughts” at the start of 2020.

Combining all that, Gabbie possesses a net worth of up to $2 million which is sure to increase as she moves ahead in her career.

As a social media personality, Gabbie Hanna gained a lot of success and a fan following.

Gabbie often joked about her dating life and kept fans in the shadows of doubt. But that did not stop her from mentioning some of the experiences she faced with her former boyfriend.

In her YouTube video, Gabbie mentioned dating a guy once who lied to her about his profession & abused her emotionally. Similarly, she also added another few on the list and admitted having had a bad dating experience with now-former husband hopefuls.

As of Spring 2020, Gabbie hadn’t enjoyed the perks of married life. However, she was seeing someone special.

Talking about Gabbie’s personal life, the YouTube star was dating a guy named Payton Saxon as of Spring 2020. 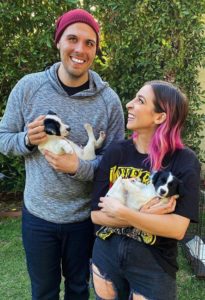 Even though much information between the two was not revealed, Gabbie and Payton frequently appeared on IG together. Also, her boyfriend did not seem to be into the entertainment business but supported her in every which way possible.

All in all, Gabbie and Payton looked like a very good couple. No wonder, fans predicted they might get engaged at some point in time in the future.