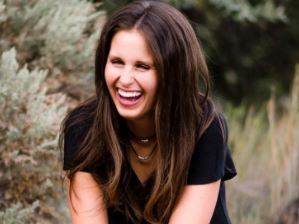 Erica Shemwell is the matriarch of the blended family featured over TLC’s new show The Blended Bunch! The series featured Erica’s journey alongside her second husband Spencer Shemwell and the challenges they faced.

Enduring panic attacks, the struggles over adoption, and hardships of marriage, Erica was the bolt the held the family together. She confessed, “This (marriage) came with challenges”. But at the end of the day, Erica was happy that she wasn’t alone and they got to “do this together.”

Keep reading this Erica Shemwell wiki to learn all about her.

Erica Shemwell was 33 years of age when as the first season of The Blended Bunch! premiered in Feb 2021.

Also, she is a year older than Spencer.

Erica Shemwell’s maiden name is Erica Alyse Kendall. She was born and raised in her hometown St. Louis, Missouri alongside her three siblings — a sister named Alexis Isaac who lived in Provo, Utah (married to Chris Isaac). Her brother, Spencer Kendall who worked as an Enterprise Data Strategist at MX.com, and lastly her brother Quinn Kendall.

If you are a fan of The Blended Bunch! There is no way missed him out. Quinn was seen unhappy with Erica’s decision about taking her second husband’s last name. He said to her,

“As your brother, I think about if I died, I don’t know if I would want my kid to have somebody else’s last name.”

Little more info on her brother: Quinn was working as a” Commercial and SMB Account Executive for” UserIQ in 2021. He is a ethics, politics, and economics student who grated from Yale University and the University of Utah. Also, he has a Juris Doctor degree from Ave Maria School of Law. He was married to Jen Hunt Kendall who worked as a Program Manager at Whole30. They share a kid named Easton.

As for her parents, Erica’s father is Dave Kendall while her mother is named Paige Kendall. The two were married on 8th August 1983 and celebrated their 35th anniversary in 2018.

In Feb 2021, Erica was present over Facebook @erica.k.means. However, she wasn’t much active over it.

Mentioning her distinct features, Erica has brown eyes, a triangular face, and a beautiful smile.

Erica Shemwell is a stay-at-home mother. We could already see her rushing, being unable to catch her breath over the show. So, it didn’t spare any time for her to get a job.

She was financially reliant on her husband Spence who is a carpenter and a business owner. In 2021, he was working at a self-owned residential remodeling company based out of Lehi, UT called HIVE remodeling. Also, he was the owner and operator of Shemwell Home Services; where he provided services from small handyman repairs to full-scale remodels/additions/renovations.

Erica Shemwell was married to her late husband Daryl Anthony Means a.k.a. Tony on June 8, 2007. He was a Brigham Young University alumna and taught seminary for the LDS church at Orem High from 2012-2016. Unfortunately, he lost the battle to cancer (glioblastoma brain cancer) and passed away on December 2, 2016, at the age of 31.

All along with her late husband’s battle with cancer, Erica kept a blog under the title  “Moments and Miracles”. The first blog was written in March 2016, which ended after 50 articles on Dec 2, 2018. Reportedly, Daryl was diagnosed with cancer at the send year of their marriage.

Erica still misses him and recalled the moment she realized he was no more. She said,

“I feel like my heart was ripped out of my chest.”

Erica and Spencer Shemwell first met online via a widower support group before coming face to face at a Utah conference. Soon, the two hit it off and officially went on a date on November 24, 2018. Over a year of dating, two then held their wedding on January 22, 2019, in Provo, Utah.

The Blended Bunch stars, claimed that they were the modern-day Brady Bunch. “Except we have no Alice, we need an Alice!” Spencer added.

Like Erica, Spencer is a widower too. He lost his first wife Aimee to a car crash on November 13, 2017. Reportedly, Spencer and his wife were running errands with their children when the family van was T-boned by a semi-truck in Front Royal, Virginia, and Aimee (age 29) died instantly. What’s more unfortunate is that Aimee was pregnant with her 5th kid at the time — the baby could not be saved.