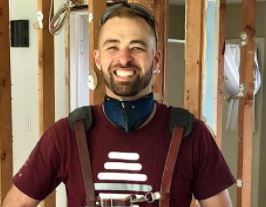 TLC’s new show The Blended Bunch! could your next favorite series to binge upon if you love family drama. And our star of the article, Spencer Shemwell is the patriarch of the blended family (with 11 combined children).

Squabbles amongst the step-siblings, struggles over adoption, and the hardships of marriage, you name it! The show has it all. It featured Spencer’s journey alongside his second wife Erica Shemwell and the challenges they faced.

So, while most of Spencer’s life was depicted over the screen, here we are to let you in on the missing parts that weren’t covered by the show. Keep reading this Spencer Shemwell wiki to learn all about him.

Spencer Shemwell was 32 years of age when the inaugural season of The Blended Bunch! premiered in Feb 2021.

Also, he is a year younger than Erica.

Spencer Shemwell was living with his family in Utah in 2021. They claimed that they were the “modern-day Brady Bunch”.

“Except we have no Alice — we need an Alice,” Spencer added.

As for his education, Spencer attended Northern Virginia Community College for his Bachelor’s in Architecture from 2011 to 2015.

His hometown remained a mystery to us.

Mentioning his distinct features, Spencer always gave a wide smile (which might look forced to some) and had a receded hairline.

Also, we found his personal inactive Facebook account under his name. He created the account in December 2008 and had very few posts last time we checked it.

To outline his job, Spencer Shemwell is a carpenter and a business owner.

In 2021, he was working at a self-owned residential remodeling company based out of Lehi, UT called HIVE remodeling. The company was incorporated on 10 July 2018 and registered under LLC – Domestic type.

Also, he was the owner and operator of Shemwell Home Services; where he provided services from small handyman repairs to full-scale remodels/additions/renovations. He opened the company in July 2014.

Overall, Spencer has built his career based on Architecture. Now, a new title “reality-star” is also added to his name.

Spencer Shemwell lost his first wife Aimee to a car crash. On November 13, 2017, Spencer and his wife were running errands with their children when the family van was T-boned by a semi-truck in Front Royal, Virginia, and Aimee (age 29) died instantly.

What’s more unfortunate is that Aimee was pregnant with her 5th kid at the time — the baby could not be saved.

The two were married on December 22, 2007, and were over a month away from celebrating their 10th wedding anniversary before Aimee passed away.

According to his second wife Erica, there were moments when she thought Spencer wished that his late wife was here instead of her. Though this wasn’t the best thing to do, it let his fans know how much he missed her. And for that, we forgive him.

After his wife’s death, Spencer shared that the hardest thing to do was to tell his kids about their mother. He recalled saying,

With tears in his eyes, he added,

“I thought there was no way that I could ever love anyone like Aimee.”

Trivia: To help Spencer raise his kids, a fundraiser campaign was organized by Jason Wright with a goal of $75K. By 2021, it had raised over $41K.

The Blended Bunch stars, Spencer and Erica Shemwell first met online via a widower support group. Soon, after meeting at a Utah conference, they went on their first date on November 24, 2018. And just within 13 months of dating, two then held their wedding on January 22, 2019, in Provo, Utah.

“This (marriage) came with challenges,” Erica spoke about their time together. Over the episodes, we could see her having panic attacks, unable to breathe. But at the end of the day, she was happy they got to “do this together.”

After the marriage, Spencer’s brother-in-law Quinn wasn’t happy with Erica’s decision about taking her second husband’s last name. He said to Erica,

“As your brother, I think about if I died, I don’t know if I would want my kid to have somebody else’s last name.”