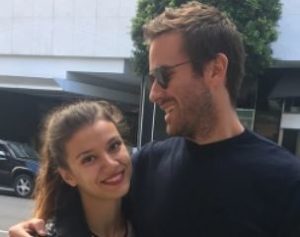 Effie is a woman who accused Armie Hammer of raping her. During their romance, Effie claimed that the “Call Me By Your Name” actor mentally, emotionally, and sexually abused her. Paige Lorenze and Courtney Vucekovich had also come forward with damaging allegations against Armie.

In this piece, we shall discuss Effie’s age, last name, and job. Furthermore, we shall read about her family, Instagram, and history with Armie.

Here are the inside facts of the Effie and Armie Hammer saga.

They met in 2016 via Instagram. Admittedly, Effie quickly fell in love with the actor. However, looking back, she insisted that he used clear manipulation tactics.

In January 2021, Effie, through her IG, shared alleged screenshots of IG Dms between Armie and an unknown individual. In the months that followed, she continued to share more screenshots of the actor’s alleged interactions.

In March 2021, Effie came forward publically. Speaking at a press conference, she claimed that she thought Armie Hammer was going to kill her.

Effie shared— “On April 24, 2017, Armie Hammer violently raped me for over four hours in Los Angeles, during which he repeatedly slapped my head against a wall, bruising my face. He also committed other acts of violence against me to which I did not consent.”

During the alleged rape, Effie claimed Armie beat her feet and didn’t let her when she tried to get away. The actor then left her without any concern for her well-being.

Gloria Allred, Effie’s attorney, spoke about the issue of consent during the press conference. She also claimed that her client had filed a police report in 2017 concerning the alleged rape. Gloria, however, declined to answer whether Effie will press charges.

Through his attorney, Armie Hammer denied the rape allegation. Andrew Brettler, the attorney in question, also provided a screenshot of the message correspondence between Armie and Effie, in which the actor writes— “I am not going to be able to engage in you in that specific way right now. It never ends well. We can talk and be friends, but I can’t do that.”

In the statement, Andrew said— “Effie’s own correspondence with Mr. Hammer undermines and refutes her outrageous allegations. As recently as July 18, 2020, [she] sent graphic texts to Mr. Hammer telling him what she wanted him to do to her. Mr. Hammer responded making it clear that he did not want to maintain that type of relationship with her.”

Andrew then added— “It was never Mr. Hammer’s intention to embarrass or expose [Effie’s] fetishes or kinky sexual desires, but she has now escalated this matter to another level by hiring a civil lawyer to host a public press conference. With the truth on his side, Mr. Hammer welcomes the opportunity to set the record straight. From day one, Mr. Hammer has maintained that all of his interactions with [Effie] — and every other sexual partner of his for that matter — have been completely consensual, discussed and agreed upon in advance, and mutually participatory. [Effie’s] attention-seeking and the ill-advised legal bid will only make it more difficult for real victims of sexual violence to get the justice they deserve.”

Responding to Armie Hammer’s statement, Gloria Allred claimed her client was upset to learn that the actor’s lawyers said that all of his sexual activities were ‘completely consensual.

Gloria noted that many of their encounters were consensual and that they were together and intimate several times.

Gloria continued— “Even if a sexual partner agrees to certain sexual activity, she still has a right at any point to withdraw her consent. If she does withdraw her consent … he is legally and morally obligated to stop. If he does not stop, he is then at risk of committing a crime against her.”

What’s more, Gloria claimed several other women, who alleged they too fell victim to Armie Hammer, contacted Effie. She also challenged the actor’s lawyers to present all the communications between Armie and Effie.

No sooner after Effie’s press conference, an LAPD spokesperson confirmed that Armie was being investigated.

The LAPD told Variety— “We can confirm that Armie Hammer is the main suspect in an alleged sexual assault investigation that was initiated Feb. 3 of this year.”

How Old Is Effie?

As of March 2021, Effie was 24 years of age. She was 20 when Armie Hammer came into her life. Meanwhile, her birthday and zodiac sign weren’t public information.

Respecting Effie’s wishes and realizing the sensitivity surrounding the story, we choose not to publish Effie’s last name. Also, it is important to note that Armie’s attorney had given out her full legal name.

Effie reportedly is a European by birth. However, details surrounding her nationality and family are scarce as of March 2021.

Looking at a photo of her standing next to Armie, Effie should stand no more than 5 feet 6 inches in height. The European beauty has a bright smile.

Numerous publications online labeled Effie a social media influencer. However, it didn’t stop some Reddit users to make false assumptions about her job.