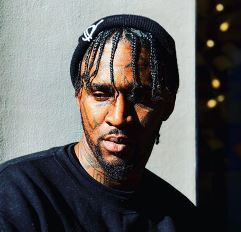 Blessed with an immaculate pen, Daylyt is battle rap’s most entertaining character. Be it his antics on the stage or super trolling in front of the came, Daylyt keeps the fans on their toes.

In the piece below, we dissect Daylyt’s wiki including info about his wife, net worth, and kids. Furthermore, find out his height, rate per battle, and tattoos.

Likewise, Daylyt celebrated his birthday on Valentine’s Day every year. Therefore, he flaunted Aquarius for a zodiac sign.

Born and bred in Watts, California, Daylyt was initiated into the Grape Street Crip at a young age. Pretty much everyone in the battle rap community knew of Daylyt’s gang ties.

Daylyt’s mom couldn’t be more proud of Daylyt. In a rare interview with battlerapnews.com in 2014, his mother raved about the rapper’s life choices and achievements.

Also, there existed a long-running rumor suggesting the East Coast rap icon Rakhim was Daylyt’s father. However, due to the lack of concrete evidence, the theory drew laughter.

As for siblings, Daylyt “had” a brother named Bradley. In case you didn’t know, Bradley is his alter ego who gave interviews to DJ Vlad and racked million in YouTube views.

Besides the intricate lyrics, Daylyt became best known because of face tattoo. Inspired by the comic book character named Spawn, Daylyt inked the spider-like tattoo — because he could.

Daylyt reportedly stands beyond 5 feet 10 inches in height. Meanwhile, he weighed above 86 kilograms.

Like most battle rappers, Daylyt used social media to promote his latest battle, music, and merch.

Daylyt Net Worth, Rate Per Battle

In 2010, Daylyt battled for the first time. As his profile grew, so did his antics. Once, the Watts, California-born rapper defecated on the stage. In another instance, he rubbed his scrotum sweat on the opponent’s face.

Moreover, during his battle with Dialect, Daylyt took off all his clothes. Another unforgettable moment arrived when he pulled out his genitalia in front of a packed crowd.

Despite the antics, battle rap leagues kept booking Daylyt. For his part, Daylyt charged the league owner as low as $500 per battle.

On the higher end, Daylyt reportedly recieved anywhere from $3-$6 thousand per battle.

Thanks to a legendary battle rap career, Daylyt owned an alleged $900 thousand in net worth.

Circa late-2010s, Daylyt enjoyed a break from battle rap. During the hiatus, he worked on new music and even signed with TDE producer Willie B’s Champions Only 88 collective in 2017.

Back in 2015, Daylyt shared a story involving TDE artist Ab-Soul. In the same interview, the rapper insisted he couldn’t sign with the West Coast label because of his gang ties.

Furthermore, “Heroes,” “Jesus Is King,” and “Let There B Lyt” were Daylyt’s biggest albums to date.

In his DJ Vlad interviews, Daylyt (and his alter egos) openly expressed his desire to consummate with Sean “Diddy” Combs. Even his wife Mari Ahadi found it amusing. 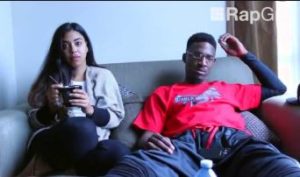 A native of Afghanistan, Mari came into Daylyt’s life before fame. They met at a gas station. Admittedly, Mari first fended off Daylyt’s advances. Eventually, she gave him her number.

Few days into their dating life, Daylyt and Mari noticed they were meant to be together. In the years that followed, the famed battle rapper and his wife married and went on to have multiple kids.

Mari accompanied Daylyt to his most battles. As a result, many couldn’t help but point out she was drop-dead gorgeous.