Home EntertainmentDavid Sheppard Wiki — All About The Justice Project Star

David Sheppard Wiki — All About The Justice Project Star 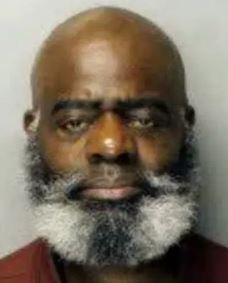 Read David’s wiki below and get familiar with his involvement in Thomas Brannan death. Furthermore, peek into the trial that followed and his life after getting out of the prison. At the end of the piece, get acquainted with his status now, family, job, and height.

On 12th November 1992, David Sheppard along with his accomplice went inside the “Love Pharmacy” owned by Thomas Brannan. With the intent to buy antacid, they had entered the store.

According to David, he was a mere lookout. In his defense, David didn’t fire the gun at Thomas — it was his accomplice who shot the beloved pharmacist and philanthropist.

During the trial, a remorseful David had testified that it wasn’t his intention to kill Thomas. In his own words,

“Nobody should have got shot … because the guy gave up everything, and there was no reason for Hawthorne to shoot him. He was an old guy… “

He Spent 27 Years In Prison

For his involvement in the Thomas Brannan’s murder, a jury sentenced David Sheppard to life in prison. He was 27 years old at the time.

On 10th December 2019, David earned clemency from the Pennsylvania Governor Tom Wolf. Up until that point, he had spent exactly half of his life incarcerated at the State Correctional Institution at Phoenix in Pennsylvania.

As he was nearing his release, Thomas thanked God for delivering his promises. He also joked about his plans to learn how to work a cell phone.

While on the cusp of becoming a freedman, David Sheppard faced another hiccup. Kate Copeland — then-Delaware County District Attorney — filed a detainer hours before his release in a 1992 retail theft case. David had failed to appear before a judge 30 years earlier for stealing around $325 in jeans from a store called “Jeans West.”

“David Sheppard is home with his family. Thomas Brannan never went home on Nov. 12, 1992. Remember that, before anything else.”

In January 2020, Jack announced that he planned to drop charges against David. At the time, he promised not to waste another dollar of valuable taxpayer’s money pursuing the 28-year-old Delaware County case.

Days before his release, David Sheppard spoke to The Philadelphia Inquirer. He told the publication about his building maintenance job that was waiting form him Hagerstown, Maryland. There, he planned to live with Ronald — his brother.

As of now (April 2020), there existed zero record which proved David once led a married life with his wife. Nonetheless, he had five children and about 13 grandkids.

On 27th March 2020, David Sheppard became 55 years of age. His birthday fell on the World Theater Day. He hailed from an African-American family. Furthermore, The Phoenix, Philadelphia-native was born in the year 1965.

At at the State Correctional Institution at Phoenix in Pennsylvania, David was inmate number CK5085. A towering figure, he stood six feet and an inch in height.

Alexis Martin Wiki, Now — All About The Justice Project Star

A victim of human trafficking, Alexis Martin faced a lengthy prison sentence after her alleged pimp was shot...