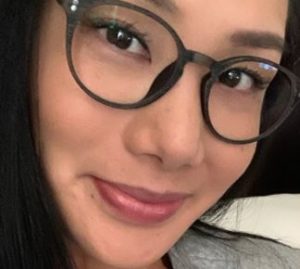 Victoria Newland appeared as of one of the sister duos on The Amazing Race season 32, which premiered on CBS in October 2020. She and her sister, Michelle called themselves the “Asian Cajuns” and were in it, to win it.

The little sister, Victoria defines herself as “Kind-hearted, go-getter, and curious.” And while little was known to the world about the “cajun” sisters, today we will be shedding a light on Victoria along with this wiki-style article.

Corresponding to her birthday, Victoria is of Pisces zodiac.

Her favorite hobbies were: Biking, sleeping, podcasts, working out, and cats.

Furthermore, Victoria loved to travel. She wanted to visit Switzerland and Canada because they “convey breath-taking views and semed so peaceful”.

Victoria Newland was born and raised in hometown, Lafayette, Louisiana alongside her sister, Michelle Newland.

Growing up, the siblings were “so opposite in every way”. Victoria shared that they had different “clothing tastes, music tastes, and everything.” Also, Victoria was the more responsible type; as she kept track of details, while Michelle was the dramatic one; fortunately, Victoria knew how to calm her down.

Furthermore, Victoria loved her sister more than anything. Even when she was asked on what she hoped to accomplish by running The Amazing Race, her answer as:

“A tight-knit bond that is unbreakable!! Go on a crazy and unforgettable adventure with my sister, make memories of a lifetime, and kick butt.”

Taking about her family, Victoria is of Vietnamese heritage. She and her sister were the first generation members to be born in the US. Her parents moved there from Ha Long Bay, Vietnam, after the war; away from Vietnamese communism.

Trivia: Victoria and Michelle both are fluent in Vietnamese.

Victoria mentioned her mother to be a “tiger mom”. One of her proudest achievements in life was “not letting her parents down” by earning her educational degrees and a good job. Also, there was a picture of Victoria’s mother on her Instagram from the time when her mother came to the town.

Apart from this, Victoria’s grandmother was doing well and celebrated her 95th birthday in August 2018.

Reportedly, her body measurements were 33-25-33 inches.

Victoria Newland is a Physician Auditor/Consultant. She was working for Acadiana Computer System for over 5 years in 2020.

Before that Victoria took on the job as HIM Director for a Community Service Hospital in Lafayette, Louisiana from May 2014 – 2015. Also, she worked as a certified cancer registrar from Mart Bird Perkins Cancer Center in Baton Roue from May 2011 – May 2014.

In light of her education, Victoria studied for Bachelor of Science in Health Information Management at the University of Louisiana at Lafayette from 2005 – 2011.

Also, she is an AAPC and AHIMA certified health practitioner.

Victoria Newland’s net worth was estimated to be under $500 thousand in 2020. Just in case you might want to know, an average salary of a clinical auditor in Louisiana was around $50K at the time.

As of 2020, Victoria Newland set her Facebook relationship status as single.

Guess she was in search of a perfect boyfriend, or she could be secretly dating as well. Whatever the case may be, she seemed to be eager to get into a relationship. In August 2020, she took it to Twitter to joke about how her ideal boyfriend should be. She wrote,

“He said: Because you came over here with a bottle of hot sauce in your pocket.”

Also, the same day, Victoria shared that she was eating at her friend’s house and he said,

“I hope you end up with the man you deserve. A big black man that’s always cooking/BBQing, wears socks with sandals.”

We all remember Bethany Hamilton mostly from the time when she survived the 2003 shark attack in which her...

Brian Kleinschmidt is a reality star of America who found widespread popularity and fame thanks to his new...