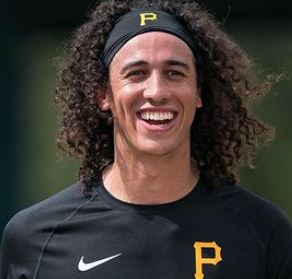 Cole Tucker is an American baseball player, who played professionally for Pittsburgh Pirates in Major League Baseball. In 2020, he emerged into the spotlight after he was spotted holding hands (and possibly dating) actress Vanessa Hudgens.

Read this article if you want to know more about Cole and his relationship with Vanessa Hudgens.

According to our sources, Cole Tucker has two brothers: Quinn and Carson. Quinn is a photographer and filmmaker and worked at a digital media company called Quasar Media.

On the other hand, Carson, like his brother Cole, is a professional basketball player. In fact, in the 2020 MLB draft, Carson was selected by Cleveland Indians in the very first round.

Carson was one of the top players in the country and he was attending the University of Texas. Carson was also a shortstop like his brother Cole.

Cole Tucker comes from a cross-racial family from Phoenix, Arizona. His parents came from different racial backgrounds and found each other and liked each other enough to start a family.

Cole’s parents were still together after all these years and their racial differences had not come in the way of their love. They celebrated their 32nd wedding anniversary on 10 January 2020.

According to the stats on Major League Baseball site, Cole Tucker is 6 ft 3 inches tall and weighs 92 kgs (205 lbs).

Some more physical details of Cole Tucker: he is very fair complexioned although he is of mixed race; he wears his hair long, down to his shoulders;

Yes, he was present on Instagram. In fact, he was very famous not only on Instagram but across all three major social media platforms.

On Instagram, by Nov 2020, he had 684 posts and 51.1k followers. Similarly, on Twitter, he enjoyed 27.7k followers. Unlike most other celebrities, he did not have a Facebook Page but a regular profile. He had over 4.6k friends on Facebook.

From his social media, one could say that Cole was woke.

Cole Tucker grew up loving baseball, especially his hometown team Arizona Diamondbacks. During his youth, he attended Mountain Pointe High School in Phoenix, Arizona, and played for its baseball team. He was one of the most sought-after players in his high school.

Later, Cole went to the University of Arizona and played college baseball for Arizona Wildcats. On the 2014 MLB draft, Pittsburgh Pirates selected him in the very first round as the 24th overall pick.

He played for Pirates affiliates and college baseball and minor league baseball for four years and worked his way up before he played his first major league game. For the 2019 season

His debut MLB game was on 20 April 2019 against the San Francisco Giants, which Pirates won partly due to Cole’s two-run homer he had hit during the fifth inning of the game.

For the 2019 season, Cole had played as a short-stop. However, for the 2020 season, the Pirates played him as an outfielder.

According to the Pirates‘ website, Cole Tucker earned a yearly salary of $575 thousand. Furthermore, the exact numbers of his net worth were not known. But it must be somewhere around $1.5 million.

Cole Tucker & Vanessa Hudgens: How Did They Meet, Dating

On 22 November 2020, Cole Tucker and Vanessa Hudgens were spotted together outside Canyon Country Store in LA, holding hands, laughing, hugging. Previously, Vanessa had posted a photo on her Instagram with the caption, “Date Night”. 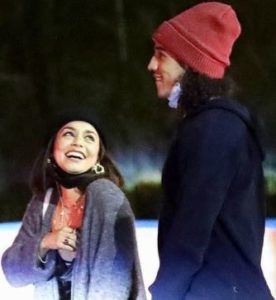 Cole Tucker and Vanessa Hudgens out on their first date circa November 2020 (PC: dailymail.co.uk)

The coincidence of the two incidents made it pretty clear that Cole and Vanessa were dating. And they had had their first romantic dinner at Canyon Country Store. It was still early to know any more details about the dating couple. How or where or when the two of them met was still unknown.

Vanessa had only just separated from her boyfriend of 9 years, Austin Butler, earlier in 2020. They had not spent the 2019 Christmas together and by early 2020, they had gone their separate ways.

Unlike Vanessa, Cole had not had a steady relationship but could boast a string of ex-girlfriends. Some of his known girlfriends include Miranda Campos, Hannah Law, and Erika Jackson. Although it was not confirmed, he might have dated Maddie Douglas and Emmanuelle Chriqui.

For now, Vanessa and Cole seemed to have found each other. And based on the pictures from their first date, they seemed to like each other a lot. Where the relationship goes remains to be seen.