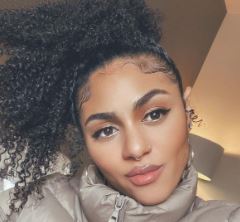 The star of CW’s hit show “All American”, Chelsea Tavares stepped into motherhood!

On February 1st, 2021, Chelsea welcomed her first baby named Koden Stone Bowen with her baby daddy, Joshua Bowen. She revealed the good news over IG tagging Joshua over a breastfeeding picture, alongside a long caption. A part of which wrote— “You are simply perfect. I’ve never done anything more intense in my life, but it’s so worth it. You looking up at me laying on my chest is the best feeling. It’s so surreal, but at the same time, it seems so natural for me to be your mother.”

So, in this moment of celebration, lets us take a time out to learn all about Chelsea’s personal life; especially her future husband/baby daddy. (Skip to the end if you want to learn just about him).

Chelsea Tavares Ethnicity: Is She Black?

As for her parents, they are named Robin and Norman Tavares Russell. They celebrated their 24th wedding anniversary on May 19, 2020.

Trivia: Her mother, Robin is an artist, singer-songwriter, script supervisor, and producer. She often helped her daughters with music production.

Both of them are singers/songwriters, and the older one, Kylee is also an actor well known for playing Eliza in Disney’s Zombies. If that doesn’t ring a bell, Kylee also appeared on Spider-Man (2020) as Scorn, Girls Room (2020) as Minnie, and Jump In! (2007) as Karin Daniels.

As for Halle, she was more into songwriting. She and Kylee also released a song together called “My Christmas Love” in 2015.

Her distinct features include – a tattoo of a cross on the underside of her left wrist and naturally curled dark hair.

By 2021, Chelsea Tavares had accumulated a net worth of under $1.5 million.

She is a talented actress and singer who was credited to over 40 movies and TV shows then. Listing some of them are:

Also, she voiced ins several video games like Fallout 4 (as Glory), and The Last of Us: Part II (as Nora).

Chelsea Tavares’ baby daddy is Joshua Bowen. She started dating him back on November 19, 2015. According to Chelsea, they first made out at their friend’s laundry room when they were 18. But then, they went their separate ways until they were reunited 6 years later. And the rest is history. As of 2021, Joshua was yet to become her husband because they hadn’t tied the knot yet.

Fast forward to November 2020, the two revealed that they were pregnant. Chelsea shared that Joshua talked to her belly every day and thanked him for being “patient and kind” to her. 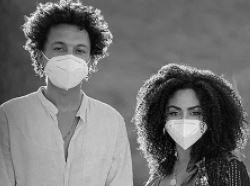 In Feb 2021, their baby Koden Stone Bowen stepped into this world. Chelsea then often took it to her socials to share her newly experienced motherhood. She shared that she had “no sleep”, had to “multitask”, and even was getting used to doing voice-overs with her baby on her chest.

“My pregnant face got me looking like a fat ass thumb on TV. FML. It’s fine lol ima get my face back.”

But despite the struggles of being a new mother, Chelsea was happier than ever. On Valentine’s day 2020, Chelsea, Joshua, and their baby were seen out on a ride on Electric Daisy Carnival (EDC).

Also, Chelsea and Joshua have always been a fan of music festivals. They have made it to over 3 Coachella Valley Music and Arts Festival.

Talking a little about Joshua: He seemed like a family person. Over Instagram, we could often see his parents with long sweet words of love. Also, he didn’t hesitate to express his love for his brother (who went by the account “@millzofmidcity” over IG) and his little sister.

Did u know: Before Joshua, Chelsea was rumored to have dated the stand-up comedian, musician, actor, and dancer Lil’ JJ.