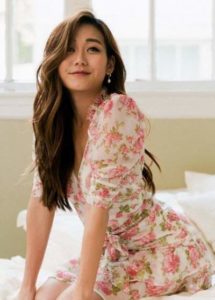 Karen Fukuhara is a Japanese-American actress from Los Angeles, California. She is known for her roles as Tatsu Yamashiro / Katana in the 2016 DC superhero film Suicide Squad and as Kimiko Miyashiro / The Female in the Amazon Prime original series The Boys (also starring Chace Crawford as Kevin / The Deep).

The young-talented star is also known for voicing the character Glimmer in the Netflix series She-Ra and the Princesses of Power and that of Kipo in the Kipo and the Age of Wonderbeasts.

The latter one (which released its second season in June of 2020) has been critically acclaimed for its design, characterization, music, worldbuilding, voice acting, diversity, and not to mention, for its representation of LGBT and characters of color.

Keep reading and find the answer to the questions — Is Karen Fukuhara Dating?

Who Are Karen Fukuhara Parents?

While many people picture a 360-degree change in the life of Karen Fukuhara, it may come as a surprise to some that she was still living with her parents, not very long ago. “I still come home to live with my parents at the end of the day. Nothing is glamorous about that, haha”— she jestingly implied to her living style.

Karen was born on the 10th of February 1992 in Los Angeles to her mother, a piano teacher, and a father, then working with a Japanese company.

Her both parents are from Japan. Therefore, Karen and her younger brother were raised with Japanese values, television, food, and everything Japanese, with Japanese as their first language.

Karen, a UCLA graduate, is a martial arts champion, trained in karate and sword fighting.

Karen Fukuhara, in her slim build, stands to a height of 5 feet 2 inches or 1.57 meters.

Also, the Asian beauty with black hair and eyes of similar shade weighed 50 kg or 110 lbs.

What Is Karen Fukuhara Net Worth?

Prior to her acting debut, Karen Fukuhara worked various part-time jobs, as a translator, subtitle editor, or as a waitress at a reggae-themed sushi restaurant, amongst a few others.

Then, in 2016, she landed a promising part in the superhero film Suicide Squad.

Karen despite her martial arts experience with a brown striped belt in karate had to train for about two more months during pre-production in order to learn how to wield a sword correctly. She played someone who when needed could slice through hundreds of people without taking a breath.

This soon opened many doors for her in Hollywood. And, in the meantime, Karen Fukuhara reportedly hoarded a net worth of around $800 thousand.

The last time it was reported, she was represented by UTA.

For those who were wondering if the gorgeous Karen Fukuhara is available, she was happily committed to a man named Keith Tio.

Keith, with 11.1k followers on Instagram, is professionally associated with a venture named November Laboratory & Development. Details were yet to follow by.

Like Karen, Keith appeared to have inherited some type of Asian ancestry.

The last update on their relationship would be the social media post dated: 15th January 2020, when Keith attended Kipo and the Age of Wonderbeasts premiere party with Karen. 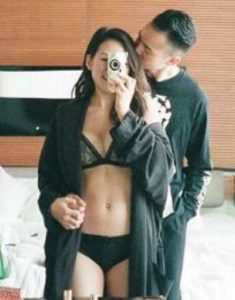 Before this, Karen’s boyfriend shared their time together at The Standard, High Line.

This, meanwhile, was followed by Karen’s Valentine’s Day wish to her “personal heater boi”. “thanks for keeping me warm all winter ☃️❄️🌨🥰”— she wrote to the picture of them at Mammoth Lakes in California. 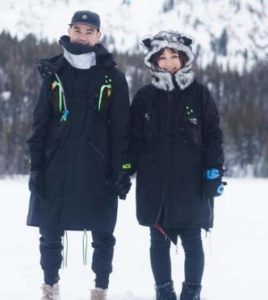 Although most recently, as of January 2020, their social media fandom heard of no scoops on their dating life.

Also, it seemed, outside of social media platforms, Karen was yet to speak of her bae and the making of their relationship.

As a result, highly inquired topics such as when Karen’s getting engaged or married, remains unanswered to the media and public.

Also, at the time, we were not aware of either Karen or her handsome hunk of a man Keith’s previous partners (if they had one).

More From Us: Tristin Mays Husband, Boyfriend, Net Worth, Parents

Keith Tio Kipo and the Age of Wonderbeasts. She-Ra and the Princesses of Power Suicide Squad The Boys