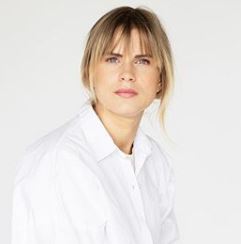 Celie Sparre is a Swedish actress popular for portraying “Iris Ekwall” in the series Syror (2018). Also, you may know her from the movie Lyckligare kan ingen vara (2018), as Maria.

Just in case you are wondering, yes! she is the same Celie who dated Adam Pålsson.

Get to know all about Celie Sparre as this wiki-style article continues.

Corresponding to her birthday, Celie is of Cancer zodiac.

Celie Sparre comes from a big family. Her family count would be 11; including herself, parents, and 8 siblings.

Furthermore, here are a few names of her siblings — Emelie, Lola, Viola, and Linnea.

As for Celie’s parents, they appeared several times over her Instagram. She once uploaded a picture of her dad and her baby-self, captioned

Also, Celie’s mother (turned 60 in 2018) is a beautiful woman and looked identical to her.

Born and raised in Sweden, Celie is of Swedish nationality.

Trivia: Despite being a Swedish actress, Celie was more known in Germany than in Sweden.

While we already know Celie Sparre is an actor, her other jobs besides acting weren’t listed.

However, Celie was once worked as a nanny for Jesper and Mia Parnevik in the US.

Celie is an actor with integrity and luminosity, with comedic timing, resonance, and a musical ear. A person who always completely present with a relaxed relationship to both text and situation, making this actor a natural in front of any camera.

Acknowledging her talent, she was provided with The Stockholm International Flim Festival‘s “Rising Star Award” in 2019.

Her movies and TV shows include:

Also, she appeared on commercials for Ikea.

Celie Sparre started dating Adam Pålsson back in 2012. They first met on a recoding set and at the Elle gala in 2014, Adam popped the question to Celie.

Over five years into engagement, the duo wasn’t married. In an interview with “jellypages” in 2019, Adam referred to Celie as “my girlfriend”. 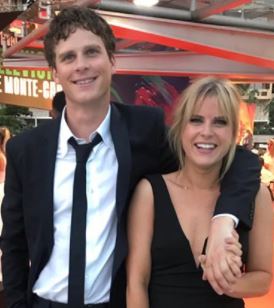 Also, Celie and Adam share 2 kids. Their two daughters; Dylan and Demi were 5 and 2 years of age respectively in 2020.

Reportedly, the couple was keeping their second pregnancy a secret until Celie’s friend, Penny Parnevik revealed it.

“Pregnant women are so beautiful downstairs.”

As of 2020, the lovebirds were going strong. They often made appearances on various events together. Also, they were seen hanging out with their kids on beaches; relaxing, and having fun.