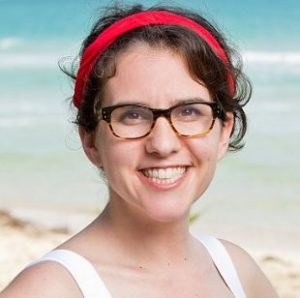 Reality TV star Aubry Bracco found worldwide fame after appearing on the 32nd season of the beloved CBS series “Survivor” as a contestant.

Read along with the article and go through Aubry’s wiki-type biography!

Aubrey is a family-oriented person. Time and again, she flaunts her mom, dad, and siblings all over social media.

Talking about her education, Aubrey Bracco attended Davidson University for a year between 2004 and 2005. She then joined Brown University.

During her time at Brown University, Aubery penned a children’s book. She graduated with a BA degree in Latin American Studies.

After two and eight months tenure at “Liberty Mutual Insurance,” Aubery joined the cast of “Survivor” in 2015.

Understandably, Aubry Bracco’s dating life before her debut on “Survivor” never made the limelight.

To everyone’s surprise, Aubry refrained from labeling anyone her boyfriend publically after finding reality TV fame.

When Fall 2019 kicked around, there was no word on when Aubry would get married. Nor was there any reported husband prospect in her life.

The world might remember Anna Shaffer as the young Romilda Vane who tried to win Harry Potter’s love...

“Survivor” contestant Kellee Kim was voted off the show in the episode aired on 13th November...