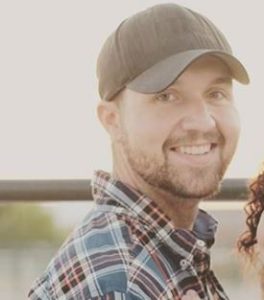 Sister Wives is an American reality television series on TLC that premiered for the first time in 2010. Until its 14th season (premiered in January 2020), the show documented the life of a polygamist family.

The show features Kody Brown, his four wives (Meri, Janelle, Christine, and Robyn) and their 18 children.

In the writing below, get to know Maddie (Madison) Brown, daughter of Kody and Janelle– everything regarding her husband Caleb Brush and their married life.

Caleb Brush was born to Mike Brush and Diana Barkley. He is his parents’ fourth and final child. He has three siblings: two older brothers, Levi Brush and Seth Brush, and one older sister with the name Erica Brown. Together, he grew up with them in Worland, Wyoming.

Regarding religion, it is apparent Caleb practices Christianity. But at some point before, he was considering converting to the Mormon faith. Much like his wife Maddie Brown’s baptism, the Church of Latter-Day Saints then told him and Maddie that they were not welcome in the Church. The pair revealed in the reality TV episode that it was the very reason, they practice Christianity.

Caleb, standing to a height of around 6 feet and 1 inch and most recent weight of 88 Kg, is however yet to discuss more on family background and early life.

Maddie Brown is the daughter of Kody and Janelle. Janelle and Kody are in a spiritual union, rather than married by law, and Maddie is one of their six children together.

As prior mentioned, Caleb Brush and Maddie Brown are related by marriage. But, for some reason, rumors were circulating about them also being related by blood. So, in case there is more confusion, let us tell you the pair is not related by blood. However, they do share a few of the same family members.

The same year in September, after getting permission from Kody Brown, Caleb popped the question to Maddie and soon they publicly announced their engagement.

Later, on 4th June 2016, they married Maddie in Bozeman, Montana. The wedding was featured on Sister Wives’s episode “Maddie Gets Married”. 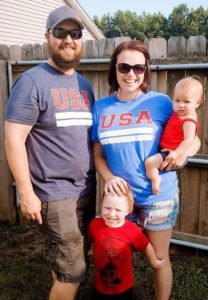 Happiest to be experiencing fatherhood, Caleb had said before that he anticipated being a relaxed parent. “I’m going to be the pushover. Our child is going to have me wrapped around its finger”, he said before Alex was born.

When Caleb’s wife Maddie went in for her routine ultrasound at 28 weeks pregnant, Caleb and Maddie came to know that her unborn baby girl suffered from oligodactyly. This happens to be a congenital anomaly defined as the presence of fewer than five fingers on a hand.

“There were lots of emotions, but I was also relieved because there could have been a whole lot more wrong”, Maddie had said.

But later the baby was born missing a thumb and a toe, and one leg was missing a fibula (commonly known as the calf bone). Also, she had a bowed tibia (shinbone).

Evangalynn was then diagnosed with fibular aplasia, tibial campomelia, and oligosyndactyly (FATCO) syndrome. This, the specialists labeled as an extremely rare genetic disorder affecting bone formation in utero. And because the disorder is so rare, it was difficult to anticipate, at the time, how Evangalynn’s future will be.

Last reported by PEOPLE in October 2019, it said the family has to wait until the baby girl turned one so that her body has more time to develop. And that, then they will be able to consider options including surgery and amputation.

What does Caleb Brush Do For A Living?

The last time we knew, Caleb Brush works as a mine equipment repairman for a living.

Back in 2020’s March, Caleb explained he and his family moved to North Carolina because he got “a fantastic job” as an elevator mechanic’s assistant.

This way, Caleb Brush is reported to have pulled in more than $600 thousand net worth.

As per some reports put in together in August 2020, the average Heavy Equipment Mechanic salary in the United States is $50,973. Also, the salary range went between $44K and $58K.

Tony Padron is mainly known for being part of the famous TLC reality TV series Sister Wives. The show was...