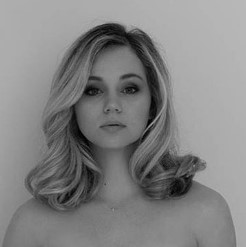 Imagine someone getting an offer of a DC Comics superhero role. You would say something like — not that hard or I have seen a handful of people getting it. Now, imagine that happening when the person is just 21 years old as that was the case with the actress Brec Bassinger.

An emerging, young American actress, Brec Bassinger, began portraying the lead role of Courtney Whitmore on DC‘s series Stargirl. The first episode of this 13-episodes long series that premiered on the CW channel on May 18, 2020, received rave reviews from the critics, particularly for Brec’s performance.

Learn more about the young actress’ life — from family to net worth to dating status — in the article below laid out in a wiki-style format.

Brec spent her childhood, more or less, in her birthplace that is Saginaw, Texas, the United States. It was only in her adolescent period that she moved to Los Angeles with her mother to start her acting career.

Ever since Brec has taken someplace on the Internet, there’s always been a rumor that Kim Basinger is Brec’s mother, which is completely false; their surname doesn’t even spell the same after all.

Bella and the Bulldogs star has completely non-famous parents. Brec has two siblings in her family. Both of them are older than her; their names are Beric and Brice. Brec also has a grandmother with whom she is very close.

Growing up, Brec was very much interested in cheerleading—she was a competitive cheerleader before the start of her career. She enjoyed volleyball in her school days.

Brec took part in various beauty pageants, here and there, while she was at her school. Most importantly, she won the World’s Our Little Miss in 2009, which even grew the hunger for acting in Brec’s life.

When Brec was 13, she knew she had to move to Los Angeles if she wanted to make her dream possible, which she did eventually.

After training for some time, Brec got her first role on Nickelodeon’s Haunted Hathaways, and her career has been soaring above ever since.

Brec had her first movie role in 2015 when she appeared in Nickelodeon’s Liar, Liar Vampire as Vi.

Brec is most-popular for portraying the lead role of Bella Dawson in the Nickelodeon TV series Bella and the Bulldogs.

Some of her acting credits include The Goldbergs, All Night, School of Rock, 47 Meters Down: Uncaged, among others.

With such a brilliant career, it is no wonder why she was offered to play the Supergirl. She is excited than ever to get the role of badass teen girl superhero.

Amazing acting credits mean amazing salaries. As of 2020, Brec had made for herself quite a staggering net worth of $2.5 million, which is certainly impressive, maybe even more for a 21-year old.

There’s no denying the fact that Brec is an extremely beautiful girl. She stands at an average height of 5 feet 2 inches (1.57 meters) and weighs around 48 kilograms.

She has one of the perfect dress sense and she always finds a way to look beautiful despite some imperfect measurements of 33-24-32 inches.

To talk more about her distinct features, she has green eyes and bouncy curls.

Despite all the physical exercises and gym hitting, Brec, unfortunately, was diagnosed with Type I diabetes when she was 18.

Since then, she became a devoted advocate for diabetes research. As of May 2020, she is a national ambassador for JDRF.

Around 2016, Brec was rumored to be dating Ricky Garcia, a Puerto Rican actor known for Red Ruby and Bigger Fatter Liar.

Even though there was no confirmation by either of the sides, people believed that the two of them were in a relationship because they had been spotted together by media quite some times.

Brec started dating Dylan Summerall, an Instagram star with over 470 thousand followers, in the summer of 2017. However, Brec officially confirmed their relationship later in September of the same year via her Instagram handle.

Since then, the pair has been seen together in pictures a handful of times. The pair even went on a vacation together in the summer of 2019. 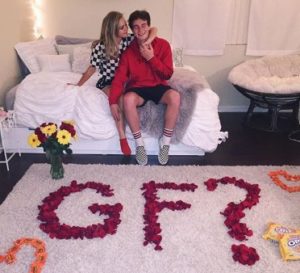 Brec Bassinger officially announces her and Dylan being in a relationship on September 10, 2017.

Likewise, we can see them together on occasions such as Halloween events, birthday parties, anniversary celebrations, etcetera.

Cameron Gellman first hit the limelight in 2017 portraying the role of Liam in the TV series...