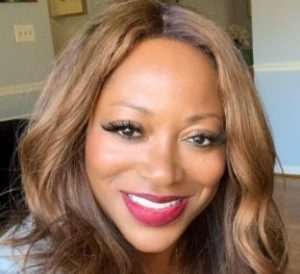 The Real Housewives of New York City never fails to bring new and entertaining faces into its cast, and joining the housewives in 2021 is the business coach and motivational speaker, Bershan Shaw. Appearing for the 13th installment of the show, Bershan was expected to be featured alongside cast members Ramona Singer, Sonja Morgan, Leah McSweeney, and Luann de Lesseps.

Keep reading this Bershan Shaw wiki to learn everything about her.

Bershan Shaw was 47 years of age when she joined RHONY in 2021. She celebrates her birthday on December 22 and is of the Capricorn zodiac.

As for her hobbies, she loves traveling and hosting podcasts. She also hosted her show called Buckle Up with Bershan.

Bershan Shaw was born to parents: Jerro Shaw and an anonymous mother. Her father, Jerro was born on August 23, 1934, and was doing well at the age of 85 in 2021. According to Bershan, her dad was a survivor. He survived a war, lung cancer, prostate cancer, and coronavirus (not contracted).

Talking more about him, Bershan’s father has served the country by enlisting in the Navy. He has marched with Dr. Martin Luther King and was there to hear the “I have a dream” speech. Overall, he was a black rights activist, and one of the first black millionaires in the DC area. Reportedly, he solely built a million-dollar construction business in the 70s.

As for Bershan’s siblings, she had a brother named Jerro Jr. who passed away in his sleep on June 13th, 2010.

Trivia: Bershan’s older brother had a son who disappeared along with his mom for over 25 years until July 2019. Later, the mom called Bershan and shared they used to have horrible arguments. So, she packed her bags and left.

A survivor like her dad, Bershan has won two battles against breast cancer. She was first diagnosed with cancer in 2007, and it returning stage 4 in 2009. Reportedly, the doctors gave her 3 months to live then. Now, she has been over 10 years cancer-free and calls herself a “warrior”.

Most of the posts over her socials were inspirational quotes, a few god’s words, and tons of selfies.

She defined herself as a “Tv personality/Leadership & Business Coach/ Diversity & Inclusion Trainer/ Global Speaker/Emotional Intelligence Expert.” In 2021, she was working as a motivational speaker and CEO of Warrior Training International.

Also, she was the CEO of URAWARRIOR.com then. If you didn’t know Bershan is also an author. Her book, URAWARRIOR 365 Ways to Challenge You to a Better Life, was released in 2014.

Aside from her jobs, Bershan also had another primary source of income. She owned one of the popular restaurants in N.Y. called Haven Restaurant and Lounge city for over 13 years.

In light of her education, Bershan attended Syracuse University from 1991 to 1995 for her bachelor’s in science. Then she enrolled in New Your University for her master’s in journalism and graduated in 1997. Later, she even took a 1-year class in 2020 at Harvard Business School under the “YPO President’s & Leadership Program”.

Talking about her time on RHONY, Bershan Shaw is the first Black woman to be ever cast over the show. All excited before the show aired, Bershan shared,

“I’m thankful to be a part of the Bravo team and I’m thrilled about the diversity and inclusion this season brings. I am a warrior for all people and so are the ladies.”

But this wasn’t Bershan’s first time on reality TV. Previously, she appeared on OWN’s Love In the City back in 2014.

Bershan Shaw married her husband, David W. Bradley back in 2007.

During the Love In the City’s promotion in 2014, we saw Bershan praising her husband for staying by her side through the sickness. She said,

“The reason I married him (was) because he stuck by me. Finding out that your wife has Stage Four breast cancer two weeks before the marriage could change your life. Then I knew, this is the man of my dreams.”

All the while her stint in Love In the City (2017), Bershan was still married to David. But in August 2017, the two filed for divorce, which was later finalized in December 2018. The reason for their split was unclear.

Who Is Bershan Shaw Boyfriend?

Bershan Shaw’s time on RHONY is sure to bring her love life onto the screen. But while we wait for it, Bershan shared no prior information about her boyfriend over her socials.

The last checked, Bershan spent the 2021 Valentine’s day with her amazing father. She shared that her dad was the one who taught her “how to date like a man and be soft like a woman.”

So, it could be that she had yet to take a boyfriend then.