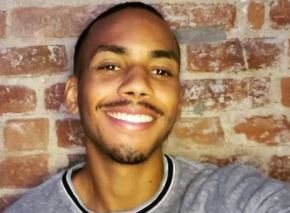 In March 2021, news broke that Degrassi actor Jahmil French had passed away. He was 29.

Keep on reading and find out Jahmil French’s wife, girlfriend, and parents. Also, discover his net worth, drugs, and siblings.

As of 3rd March 2021, the authorities hadn’t given out Jahmil French’s cause of death. However, sources claimed he passed away after overdosing on drugs.

Shortly after his death, fans stumbled on an IG post by Jahmil in January 2021. Uploading a photo from outside of the White House, he shared— “Heard there’s a party… so I brought the drugs”.

Gabrielle Kachman, Jahmil’s agent, confirmed Jahmil’s death. In a statement, he said— “It is with a heavy heart that I confirm the passing of a dear friend and client Jahmil French.”

Gabrielle continued— “He will be remembered by many for his passion for the arts, his commitment to his craft, and his vibrant personality. I ask that you keep his family and friends in your thoughts and prayers at this difficult time.”

Meanwhile, Jahmil’s former “Degrassi” co-star, Stefan Brogren tweeted— “He performed Dave with such sensitivity and thoughtfulness and could make me laugh so easily. It was a pleasure to work with him and he will be missed. This is a real loss.”

Another “Degrassi” co-star, Annie Clark tweeted— “Heartbroken over the loss of our friend Jahmil French … So full of energy and fun. He was always dancing. A true talent and a great friend. We will all miss you so much Jahmil.”

Jahmil French was born to his parents in Toronto, Canada. From his mother and father, he inherited Hispanic, Native American, and African American bloodline.

Details about Jahmil’s family are scarce. He rarely shared his parents and siblings on social media. However, the actor once posted a photo with his “baby sis”.

Jahmil French stood 5 feet 8 inches tall. More so than his height, fans admired his tattoos and toned body. Also, his tattoos, written in Arabic and Sanskrit, always stood out.

By the time he passed away, Jahmil French had saved up to $800 thousand net worth. The figures, however, lacked an official confirmation.

Long before he became a household name with “Degrassi,” Jahmil held a regular job. Reflecting on his come-up via Instagram, he wrote— “I used to work at McDonald’s for 2 months. I got my first audition and asked if my shift could be changed so that I could go…they said no…so I went anyways booked the role and made more money in one pilot than I would have flipping burgers and taking out the trash in a whole year at McDickles. The lesson here…don’t ask for anyone’s permission to chase your dream. No means someone else is going to say yes, so it doesn’t matter who says no until the one saying it is you! …also I no longer eat McDonald’s”.

Playing the character Dave Turner, Jahmil starred in 156 episodes of the “Degrassi” franchise. He would also enjoy successful stints as Trey Page, PJ Byrd, Snacks, and Dante Mendoza on “The Divide,” “Remedy,” “Let’s Get Physical,” and “Soundtrack” respectively.

Meanwhile, “TMI Crossing The Threshold,” “A First Night,” and “Lead With Your Heart” were some of Jahmil’s memorable movies.

Going by his social media footprints, Jahmil didn’t seem to have a wife or a girlfriend, for that matter.

Actress/Singer Christina Milian, Jahmil’s “Soundtrack” co-star, appeared twice on his Instagram. They seemed to share quite a bond. Following Jahmil’s death, Christina commented on his photo writing— “You will be missed. 😢 Rest peacefully King”.

Melinda Shanker, who played Jahmil’s love interest on “Degrassi,” took to IG and wrote— “@jahmilfrench, you will always hold such a special place in my heart. Thank you for being one of the most talented, compassionate, kindest, funniest friends I have.”