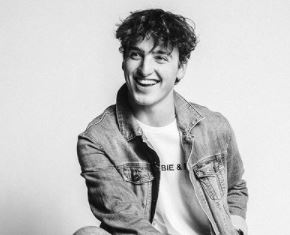 American Idol has never failed to introduce new voices to the world and also given many a kick start for their musical career. Likewise, Benson Boone is one of the participants featured in season 19 of the show, who quickly became fans’ favorite after his mind-blowing audition.

As per his birthday, Benson is of the Cancer zodiac.

Benson Boone was born to parents Nate and Kerry Boone. His father, Nate worked as a ring artist, who sold homemade rings made from antique silverware.

As for Benson’s mom Kerry, she was a school teacher who worked at Monroe School District for over two years. Before that, she was a web designer working for Boeing. For education, Kerry attended Western Governors University for her master’s and Brigham Young University for her bachelor’s in arts. Over IG, she labeled herself as “Momma Boone”, and had 574 followers in 2021.

Trivia: Benson’s dad Nate celebrates his birthday on Jan 8, while his mom celebrates hers on Feb 11. Over each of their birthdays, Benson often took it to his IG with beautiful birthday wishes.

Talking more about his family, Benson is the middle child of five siblings and the only boy. They all were raised a Mormon, strong believers in Jesus Christ, in their hometown Monroe, Washington. His sister, Kaylee was a mental health activist and defined “she/her” to be her pronoun. While Benson’s other sister Natalee was into sports and adventures.

Overall, Benson had a supportive family who encouraged him to pursue his passion for music. To express his gratitude, Benson wrote over IG,

“Thank you to my cool family for helping me through this awesome journey!!!”

As of March 2021, Benson flaunted 1.4M followers over TikTok, and 121K followers over Instagram. He mostly uploaded his shirtless pics, and videos of him singing over his socials.

Benson Boone stepped into the American Idol auditions room, sat on the piano, impressed everyone with his acoustic rendition of “Punchline” by Aidan Martin, and took home the golden ticket.

Receiving high praise from Katy Perry — he could be the winner of the season if he believed that he could do it — Benson seemed determined to win the season as well. However, he wasn’t seen anywhere in the Hollywood rounds, and this was surprising.

Spoilers alert: So, as we kept on digging, it was reported that Benson later reappeared in the showstopper round, made his way all the way to Top 24, but reportedly pulled out of the competition.

His musical journey started after his friends got him involved in a school organization called “Battle of the Bands” in 2020. “Ever since then, my passion for singing has grown”, he shared. So, as compared to other AGT contestants, Benson wasn’t singing for long and had comparatively less experience.

“You’re not cocky, you’re humble. You’re still in diapers, you’re a toddler when it comes to this world.”

As we know, Benson wasn’t always a singer. He used to be a sports guy — rock climbing, cliff jumping, football, and track, was his thing. In 2020, he even played for Monroe Youth Football -NSJFL – Monroe Senior Black in Snohomish, WA. But after discovering music, Benson shared that he found “a different side” of him, he never knew. He said music allowed him to “relax.”

Although this was a newfound passion for Benson, he shared that it was a “very big dream” of his, to win American Idol.

The TikTok stars always have rumors going on, about who is dating who, and likewise may be the case for Benson Boone. But as of early 2021, Benson himself didn’t confess anything about his girlfriend.

As for his gay rumors, Benson Boone isn’t gay.