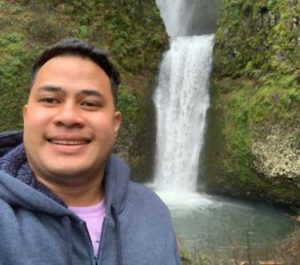 Two strangers from different corners of the world meet somehow and decide to get married. 90 Day Fiancé is an American reality television series on TLC following the lives of exactly the above-mentioned kind of couples who have applied for or received a K-1 visa.

A K-1 visa is that type of United States visa available uniquely to foreign fiancés of American citizens.

Asuelu Pulaa, all the way from Samoa, too appeared in the reality series as one of the foreign fiances, seeking a happily-ever-after with his foreigner beau.

In the piece below, read everything about Asuelu’s wiki including his job, net worth, and height!

Trying to figure out his new life in America, Asuelu Pulaa was only 25-years-old on the 15th of May 2020. So, his zodiac sign is Taurus.

Asuelu Pulaa’s parents are named Pula’a and Moloasi. It seemed the folks stayed in Samoa with the rest of their children while Asuelu went States wanting to permanently stay with his beloved girlfriend.

So, only time will tell, if Asuelu already acquired the American nationality or not; or if he also got to keep his original nationality.

He often wrote in his social media status that he missed his parents, brothers, and sisters, back at home.

While in the show Asuela Pulaa and his partner were often been caught on the family drama. And many a time the viewers saw Asuelu get angry. At some time, he angered fans after making some sexist remarks.

During the 90 Day Fiancé tell-all, he grew restless with the fighting and began hitting himself in the head. This and some other actions led the fans to comment that Asuelu might be delayed or in some kind of autism. To which Asuelu’s sister-in-law, Kolini replied:

“My mom worked with autistic children for most of my life as a behaviorist. She instantly knows when someone is on the spectrum. I understand the way it looked when it seemed like he was in sensory overload — but that wasn’t at all the case. It was ‘I’m sick of f–king taping’ overload.”

Asuela Pulaa had 247k followers on his Instagram. Further, he owned a TikTok account with 66.9 thousand followers (as of 14th July 2020). The videos in the account collectively gained 432.6 thousand likes.

While on Facebook more than 1.19 thousand followers watched him daily.

According to his Facebook bio, Asuelu Pulaa studied at the National University of Samoa. Although he did not write the details on his education.

Before becoming part of the reality TV show, he worked as an activities director at a resort in Samoa.

Also, while filming the fifth season of 90 Day Fiancé: Happily Ever After? Asuelu worked at the health and wellness store Dixie Nutrition in Utah, where he lived with his wife and children.

Asuelu Pulaa got married to Kalani Faagata — age 32 in 2020, and from Orange County, California — after together appearing in the reality TV show.

The two had met while Kalani was on vacation in Samoa. Asuelu happened to be working at the resort she was staying at. There, Asuelu and Kalani sparked romance, Kalani became pregnant and gave birth to their son Oliver in January 2018.

Asuelu then relocated to California. Although the move was considered quite suspiciously by Kalani’s family, adding all the more spices to the episodes.

In December of 2018, they were married over a beautiful ceremony. Eventually, they welcomed their next son Kennedy on the 7th of May 2019. 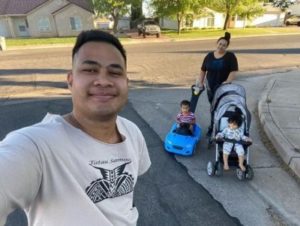 From their respective Instagram updates, it seemed the couple stayed intact raising their kids despite all the ups and downs that came in between.