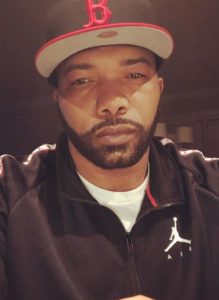 The ones, who follow the Love & Hip Hop: Atlanta show, were quite shocked with the season 9 trailer when they saw Karlie Redd standing in front of the casket. Most fans wanted to know if her fiancee Arkansas Mo had died. And if it was true, then what had happened to him if not what was that all about?

This wiki-style article delves into the facts and figures related to Arkansas Mo so scroll down to know more.

In season 9 of Love & Hip Hop: Atlanta, there was a death, but it’s not Arkansas Mo or anyone related to the show. So brace yourself as we’ll delve into that later on.

Arkansas Mo represents his hometown Little Rock, Arkansas. He owns a business there. Since he isn’t a celebrity himself and made names just because he was linked to someone famous — Karli Redd, in this case — very few details were known about him.

Arkansas Mo never revealed his birthday. He is secretive in social media sites so it is hard to unearth details on him including his age. But one of his Instagram followers wished him a happy birthday on 30 January.

Like most necessary details fans are searching for, facts regarding Arkansas Mo’s parents are also obscure.

Maurice Fayne, his real name, was given by his anonymous parents. The whereabouts and other details regarding his biological parents are nowhere to be found.

However, Arkansas Mo had a sibling named Theo. His brother had passed 14 years ago for an undisclosed reason.

Arkansas Mo’s private nature is represented through his social media presence. He owns an Instagram account, but unfortunately, it has limited information on him. He had garnered 40.5K followers on that platform.

Similarly, his presence on Facebook and Twitter is scarce. Not many personal details are spared in those platforms.

Arkansas Mo made a name in the entertainment business without being in one.

However, he certainly elects and is a businessman. He owns a trucking company in his hometown of Little Rock, Arkansas named Fayne Trucking LLC. He had established the company back in 2012.

Two years after the business was set up, the company fell into legal adversity. But, since the company is running its operations smoothly, we believe the issue has been settled for good.

Arkansas reportedly filed for the PPP loan for his business Flame Trucking. At the time, he asked for $3.75 million in loan to retain his 107 employees and meet other expenses.

Upon receiving the $2.04 million from the United Community Bank, Arkansas used around $1.5 million to buy jewelry, rent a Rolls Royce, and pay off child support.

Karlie Redd, being the popular half of the relationship, had kept everything private.

She only hinted at dating a mystery guy named ‘Mo’ and nothing else. At the party where she was celebrating the release of her new song ‘Ferrari Karlie,‘ she revealed Arkansas Mo as her boyfriend. 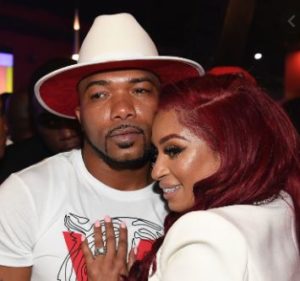 Arkansas and Karlie Together (Pic: VH1.com)

Addressing the relationship, she said, “We’ve been hiding our dating situation for a minute from all the cameras and s**t. I guess it’s time to come out.”

Arkansas got on his knee to propose and to which, she said yes!. He declared his love to Karlie in front of her close friends and casts of Love & Hip Hop: Atlanta.

The trucking company owner had proposed Karlie with a massive rock.

Karlie, on the other hand, couldn’t believe it was happening. So much excitement took her over, she forgot to reply to the question. And finally, she got on her knee with Arkansas Mo and said the magic word.

Karlie’s beau even dropped hints on the possible marriage soon.

Fast forward to the year 2019, the relationship between Arkansas Mo and Karlie Redd eventually died. Funeral organized with a casket with Karlie donning black represented it, and the analogy was fitting.

Season 8 of the show showed the trouble in the engagement between the pair. The couple counselor was hired but Arkansas Mo wasn’t working hard enough to make it work and stormed off during the session.

Arkansas Mo announced the split between the two in May 2019 Instagram post which was later deleted. He accused her of cheating, alleging that she had wanted to meet up with the rapper in D.C.

Karlie Lewis AKA Karlie Redd is a Hip Hop artist, model, and actress. What’s more, she is best known for her appearance in the reality TV show VH1’s Love & Hip Hop: Atlanta.

In 2020, reports cited that Rapper LightSkinKeisha was set to appear on season 9 of Love & Hip Hop:...

Bianca Butti made a headline when she coupled with Amber Heard into the 2020 Oscar’s red carpet....