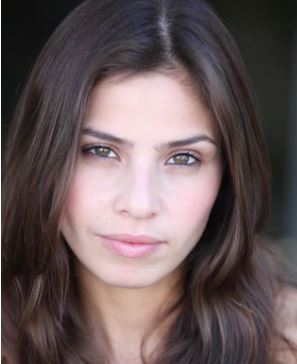 Ana Ayora is an actress best known for her work in Cinemax’s series Banshee. She played a recurring role in the show’s final season as Nina Cruz, “a smart, tough, streetwise deputy in Banshee’s Sheriff’s Department.”

Here is everything you need to know about your favorite star, Ana Ayora.

Corresponding to her birthday, Ana’s zodiac sign is Cancer.

Far from her hometown Columbia, Ana Ayora was raised in Miami, Florida alongside her siblings. Though their names weren’t shared, we know her brother was a talented entertainer who was once “climbing those charts.” He had a Twitter account @2dayigottimecuz.

Also, Ana’s parents remained anonymous. They were once spotted at the ATL in Sep 2010. At the time, Ana took it to Twitter to share the excitement as,

“Soo grateful! Got to see my family in the ATL and off to wed by soul sista!!!! Thank you for Mr G for givin me the opp to live it!”

Ayora was fluent in English and Spanish and proficient in Portuguese.

From us – Jilly Anais Wiki: Age, Height, Net Worth, Parents

Reportedly, her body measurements were 35-25-36 inches.

Apart from being an actress, Ana also was an owner of Ma Sa Ya, a desert retreat located outside Joshua Tree National Park. Furthermore, she was one of the founders of The Energy in Motion Community and Podcasts.

Rising to fame in 2013, after appearing in the movie The Big Wedding and TV show, Banshee, Ana slowly crawled into the spotlight.

However, Ana wasn’t originally an actress. She was a dancer for a really long time. Unfortunately, at the age of 20, she sustained a ligament injury and that hindered her dancing.

“You devote so much of your life to something that you love, and then it’s gone.”

But they say everything happens for a reason. Fortunately, she met a friend in college (Florida International University) who worked for a talent agency and encouraged her to send the agency her pictures. And the next thing she knew, she was booking commercials.

At that moment, Ana realized she “liked being in front of the camera acting, rather than modeling.”

Also, Ana shared that it was easier for her to move into LA. Luckily, one of her best friends had moved out a year before and that made things much easier for her.

As an actress, Ana struggled to find the balance between “effort and surrender.” In her words,

“To live and work hard, and invest and give 100%, but to also not have expectations and just allow what has to be, to be.”

As of 2020, Ana Ayora wasn’t married and didn’t have a husband. However, Ana had a boyfriend named Hamed then.

In Oct 2020, Ana and her boyfriend Hamed were spotted learning to fly a light aircraft. The singer/actor, Treat Williams took it to his Twitter to uploaded a video of them learning to navigate through the air.

Before Hamed, Ana was dating the writer, and director of “The CNO,” Chris Dingwall. They opened up about their romance back in November 2017 and the first picture Ana posted about Chris was over Instagram, in which the couple was seen sharing a kiss.

In Dec 2017, Ana and Chris were also cherishing their love, off on a romantic getaway to Bali. Many fans believed that Chris was the perfect man and a possible future husband to Ana.

Unfortunately, the duo parted their ways a few years later. Also, they seemed to have deleted posts about each other over their social media. If you didn’t know, they often posted pictures of each other, appreciating the presence of the other in their life.

Little info about her boyfriend, Chris Dingwall: he is a writer and producer, best known for Chris Dingwall Project, The CNO (2019), and Them Crooked Vultures.