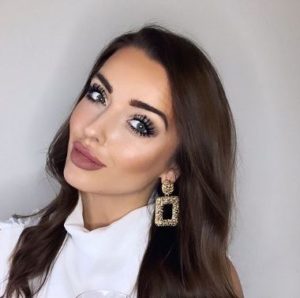 Amy Day was among the additional 12 contestants in the Casa Amor and the anticipation for the drama on Love Island had reached a whole new level. She is an actress, singer, and dancer, a total combo performer package who was there to find love in the show and spot on the main villa.

Learn more about her with this Amy Day Wiki.

When she was on Love Island, bombshell Amy Day was there here to stir some relationships. But, she is genuine and descent inside and out. Before she entered, Amy shared that she was on the show to find love.

But, Amy was ready to step on her toes if she needed to. However, that’s obviously not her aim and game plan for the show. Talking about herself, she told ITV that she was fun, and doesn’t take anything seriously.

Amy Day celebrates her birthday every year on 15 December. The Love Island star turned 25 years old in 2020. Moreover, she secured Sagittarius as her zodiac sign.

Amy Day hails from Surrey, England. She is extremely private about her family members. Hence, she shared nothing about her family. However, it has been shared on several entertainment news outlets that both, her father and her mother, are West End performers.

Inspired by her parents, Amy followed in their footsteps.

Like several other female contestants from Love Island, Amy Day is also no exception to plastic surgery speculations. She apparently got breast implants but she hasn’t confirmed it yet herself. Also, Amy has done some work on her lips as they looked poutier than they should be.

Amy Day is blessed with measurements of 33-25-34 inches. She flaunts her stunning physique on her Instagram.

Amy Day was built to be in the entertainment industry. She is a dancer, actor, and singer, a total package if we say. According to her profile on Mandy, she completed her One Year Ful-Time Diploma in Musical Theater from The London School of Musical Theatre. Before that, she trained at Guildford College doing a two-year Musical Theatre course.

The Surrey native also performed in TV shows such as Humans on Channel 4 and shared her hope to appear in Hollyoaks. She shared a lot of snaps from her time rehearsing with her team from the Norwegian Creative Studios.

Besides movies and TV shows, Amy is a singer with a vocal range is low F- top A (belt to F) and a dancer strong dancer, especially in commercial jazz.

Along with her love for performing, Amy also loves visiting new places. She captured moments from her travels and shared them on her IG. Some of the places she has been are Peru, Japan, Costa Rica, Italy, Greece, Brazil, and United States.

Amy Day shared that she was “bad” at dating. She is very private about her former boyfriends. However, many believed her social media contained a few pieces of information that hinted at her past romantic life. She was allegedly with a fellow performer named Samuel who goes by (@official_major) on Instagram.

They appeared together in September of 2019. Amy wrote a post on her Instagram: “Vacay with my hun 🤟 #insta #instadaily #boy #girl #love #vacation #norwegiansun”

But, going through, Samuel’s account, the fact that he was gay was all over. So, they were just close friends and fellow performers. Besides that, there was no information on Amy’s romantic endavours.